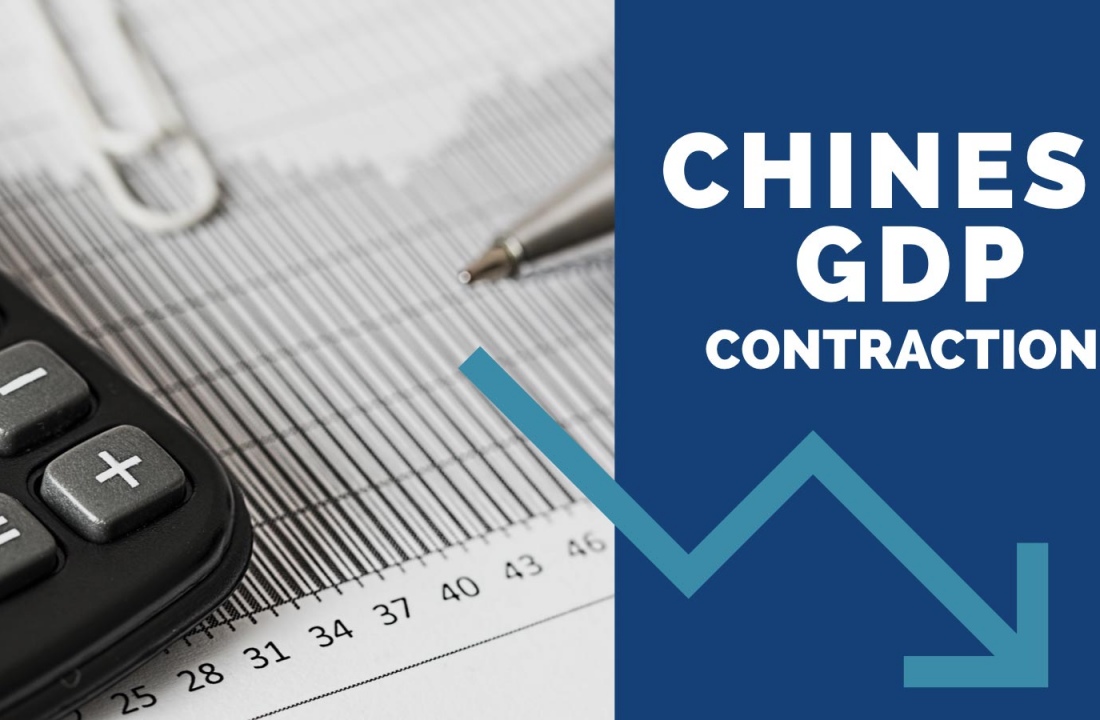 The Chinese economy shrank by 6.8% in the first three months of 2020 compared to the previous year. This is the first contraction of this magnitude since Beijing began reporting its quarterly gross domestic product in 1992.

The collapse foreshadows the pain expected in the United States and around the world as the coronavirus pandemic closes borders, halts business and paralyses global supply chains.

After a 6.0% increase in the last three months of 2019, the decline was actually milder than economists’ median forecast of 8.3%. Compared to the previous quarter, Chinese GDP contracted by 9.8%.

The underlying picture did offer some signs of recovery, however, although figures highlighted weak consumer spending. The urban unemployment rate in China, largely static around 5% for years despite the ups and downs of the economy, remained at a high level of 5.9% at the end of March, after a 6.2% record in February.

Retail sales in March were down 16% from the previous year, much worse than the expected 8.0%.

While the coronavirus has flattened economies around the world, China takes stock first. The virus first appeared at the end of last year, and by the end of January authorities had shut down much of the central Hubei province, which has nearly 60 million inhabitants. The suspension of all but the most essential commercial activities lasted approximately two months.

The nature of this shock is very different from anything we have witnessed in our lifetime. On an annualised basis, the first quarter hit put China on the brink of the deepest shock in over four decades. We had not seen anything like it since 1976.

China's recovery remains fragile. Many restrictions have been lifted, but new ones have been enacted, including tougher restrictions on international flights, to prevent a second wave of infections to and from abroad.

Economists and analysts are closely monitoring China’s economic recovery. Commercial activity is now estimated to exceed 80% capacity, up from around 70% a month ago.

Although China has shifted its economy to domestic consumption in recent years, it remains heavily reliant on exports, which have faced a range of challenges this year. Knotty supply chains have prevented materials from reaching factories, while restrictions on internal movement have prevented workers from returning to work after trips to their hometown for Lunar New Year in late January.

Now, and most worryingly, Chinese customers in the United States and the West are largely absent, and demand is expected to remain depressed for the foreseeable future.

This is the Chinese and world economies’ greatest challenge during peacetime in modern history. Where the previous economic slowdowns have gradually developed, the shock of the coronavirus is like a sudden blow, as if the pause button was pressed.

A spokesperson for the National Bureau of Statistics gave an optimistic view of the situation, although he admitted that growth will be difficult to maintain as the global economic situation deteriorates.

« He said China's economy had "improved considerably" in March and that momentum would likely continue in April and the rest of the second quarter. He also said that China has not suffered any large-scale layoffs from the pandemic, although economists have come to different conclusions. »

It is estimated that 50 to 60 million workers in the service sector and 20 million more in the industrial and construction sectors have lost their jobs or were unable to return to work in the first quarter due to restrictions on work, travel and other quarantine measures.

The labour market is likely to recover as more workers find new jobs. Despite this, a drop of 14 million non-agricultural jobs for the year is foreseeable, thus cancelling out the overall job increase over more than two years. The working-age population in China is around 900 million.

More generally, some economists have questioned whether the unemployment rate in China accurately captures the labour market, since layoffs among migrant workers and other groups are not included in the survey.

Just as worrisome as the pressure on jobs, China has announced a year-over-year decline in urban inflation-adjusted disposable income - the first since the government began releasing data in 2002. This could deal with domestic consumption, which now accounts for more than half of the Chinese economy.

The fall in GDP in the first quarter puts Beijing at the bottom of a hole at the start of what leaders hoped to be a year of triumph. President Xi Jinping had set a year-end goal of doubling the overall level of GDP a decade earlier and eradicating poverty - all in the name of building what leaders have called "a moderately prosperous society in all respects".

Economists say achieving these policy targets requires a full-year GDP growth of around 5.5% - which economists largely believed was achievable before the coronavirus appeared to the public in mid-January. But the historic decline in the first quarter means that the economy must now rebound strongly.

Some economists have speculated that China may abandon its custom of setting a formal target for economic growth in 2020. China could effectively cancel the disastrous first quarter and set a growth target for the rest of the year. In the longer term, the growth objective could be replaced by an employment objective.

The target is usually set at annual management meetings in early March, although this year’s were postponed due to the coronavirus.

The abandonment of the formal target would give leaders greater political flexibility in this year of unprecedented challenges, with small businesses at risk of bankruptcy and unemployment rising. Already, the country expects the job market to be inundated with the largest category of university graduates in a decade.

Other economists have placed their hopes in a major government stimulus package to boost trade activity.

The authorities are likely to unveil more political measures to mitigate the impact of the pandemic if necessary, with a focus on supporting domestic demand.

Starting out on the stock market: holding on at all costs? The 20% recession announced by economists on European and American markets in the first quarter of 2020 has thus far remained below previous economic crises. Have we really taken into account the magnitude of the coming situation or are we witnessing resistance from stock markets over the long term?
How to buy stocks? But where to start? How to take advantage of it? To buy what? And how? And can I sell? Sell something I do not own? It may all seem complicated to you.