Trading and video games: how to use your gaming knowledge to succeed on the stock market 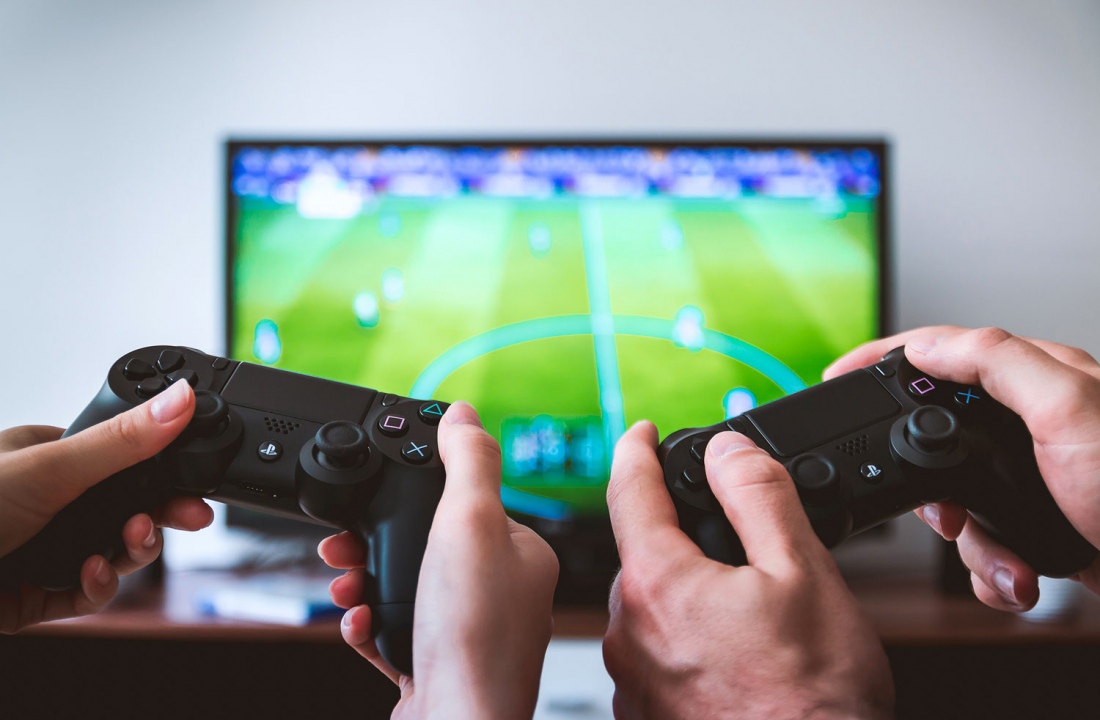 Trading and video games: how to use your gaming knowledge to succeed on the stock market

Over the past decade, developer CD Projekt’s shares have grown by more than 20,000%. A dazzling success that highlights the opportunities provided by the video game industry on the stock markets. The sector is indeed one of the most powerful in entertainment, far ahead of cinema and music.

The release of a new console or a successful game can have a big impact on publishers or developers’ financial results, with a very unstable price variation that is largely based on the expectations of an informed and demanding gaming community. This is where gaming knowledge can make a difference on the markets.

The dazzling success of video game publishers on the stock markets

Video games publishers and developers’ market value can quickly vary depending on the success of their releases. The success of a game or console can translate into a significant increase in shares on the financial markets, as shown by the evolution Nintendo’s value with the failure of the Wii U console in 2012 and the release of the Switch console in 2017, marking the firm's return to the world stage. The new console allows you to play alone or with others and has already attracted over 45 million users worldwide. The value of Nintendo thus increased by 15% in April 2019 just as its future commercialization in China was announced.

Other projects have enabled the company to strengthen its development on the financial markets, the release of Super Mario Run in 2016 in particular. The game was a real success with over 40 million downloads, the group's action having thus gained 28% in just a few hours. Nintendo is therefore a good example of the gaming industry’s dynamism on the markets, which is also reflected in the increase in Sony's shares at the end of Fifa 2019 or those of Rockstar Games with the marketing of Grand Theft Auto V in 2013. Similarly, the CD Projekt studio took off on the stock market thanks to an adaptation of Witch, which nobody believed in initially.

However, these values remain very fragile. Activision’s share value fell sharply in 2018 before gradually rising again, and Ubisoft lost 16% at the release of its Ghost Recon Breakpoint game. This instability can sometimes be anticipated by connoisseurs.

The gaming community has good knowledge of the field and certain requirements in regard to product offering. As consumers, their opinion has a considerable impact on the success of these firms. Bad reception or negative opinions in the trade press can also have immediate effects on these companies’ financial results. Pay-to-win practices can get mixed reactions and some, such as paid loot boxes, can be fatal – as shown by Electronic Arts, who quickly had to change their version of Star Wars Battlefront II. Unlike Fortnite Epic Games, their loot boxes had not only aesthetic effects but direct consequences on players’ abilities, in a game you already need to pay for. A faux pas that was immediately criticised.

Knowing these different publishers, their games and the concepts that have worked makes it possible to better anticipate the evolutions of these companies on the markets. This makes it possible to bet on certain publishers like CD Projekt, whose stock market value has exploded in a rather predictable way since the company has forged itself an excellent reputation within the community, and within a short space of time: thanks to its ethics and quality games, it was able to seduce a large audience. It was easier to predict the success of Super Mario Run by knowing the emerging craze for smartphone games that Activision intends to largely exploit in 2020… One can also imagine that the enthusiasm spurred by the Switch console will be just as strong in 2020, considering that it is still alone in its category. Knowing which games are expected can also help predict higher prices, so CD Projekt’s Cyberpunk 2077, scheduled to be released in September, may confirm the company's good results.

When it comes to video games, purists will tend to be very knowledgeable about upcoming trends, releases and technologies, and this can be a valuable source of information for investments in the markets. Related sectors are also widely affected. The rise of cryptocurrency, for example, has enabled Nvidia to experience enormous growth thanks to the production of its graphics cards; and the imminent arrival of GDDR6, which considerably improves these cards’ video memory, may allow us to anticipate an increase in the share value of the companies that create them, AMD in particular.

Investing on the stock markets, a risky business!

However, even if gamers’ knowledge can be used to anticipate trends or good results on the stock markets, trading remains a risky activity and the success of concepts or software is difficult to predict. As in any other community, the gaming community brings together very different individuals whose opinions diverge. For example, despite a large number of players pointing the finger at a company like Electronic Arts which promotes practices considered as "bad" (random rewards system, paying options, etc), many of their games remain at the top of the 2019 sales (Fifa in particular) and ethical considerations do not seem to tarnish their progress on the markets.

While some prefer to encourage small publishers or independent developers like Klei Entertainment, others trust big companies that have already proven themselves. Despite part of the community denouncing Call of Duty by calling Activision’s game a slightly remastered scam each year, Call of Duty: Black Ops 4 was the third biggest success of 2019 with more than 435 million euros’ revenue in its first weekend. The results are therefore quite random and often result in big surprises. Minecraft, for instance, is a game without any clear objective and yet has become the best-selling game in history within a few years, seducing gamers with its innovative concept. Conversely, a game like Red Dead Redemption II succeeded in lowering the share price of Rockstar Games in October 2018, just like the highly anticipated Electronic Arts’s Anthem in December 2018, an absolute flop, or Ubisoft’s Ghost Recon Breakpoint, one of the biggest disappointments of 2019.

Therefore, let's not forget that trading remains a risky business first and foremost, rather than being a matter for connoisseurs, as it is often subject to unpredictable factors. If the intuitions of seasoned gamers can allow better vision of the reality of the sector, investments remain bets which can sometimes prove to be fatal.

The release of the Xbox and the new PlayStation in November 2020 will be an opportunity to verify these comments on the stock markets.

Starting out on the stock market: Chronicle of an amateur trader Let me introduce myself, my name is Thomas. I am what you can call a novice, a padawan or a young trading wolf.
Coronavirus rules the financial markets The last two weeks of February 2020 were emotional ones. The equity market collapsed, as did oil and gas, and other commodities. The direct consequences of the Coronavirus psychosis.