What are the most popular trading indicators? 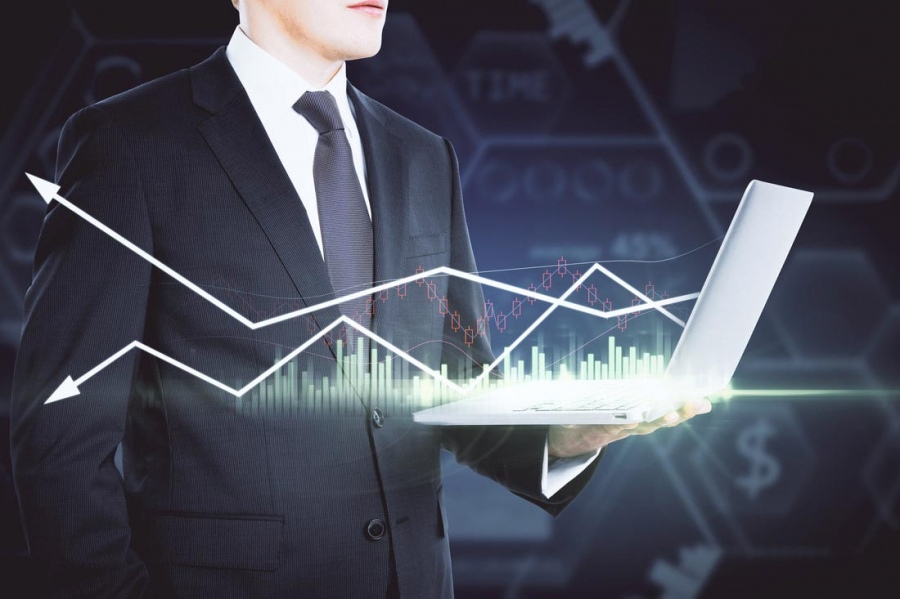 Illustration: What are the most popular trading indicators?

There are many trading indicators out there and you will certainly find one to suit your needs and your trading or investment profile. Some of these indicators are, however, more popular than others and favoured on a daily basis by many traders. These are the “can’t-do-without”, simple-to-use indicators you need to get a handle on.

Moving averages smooth out price fluctuations into a single flowing line. This line represents the average price over a given period of time. Investors and traders who tend to follow long-term trends often favour single moving averages of 200, 100 and 50 days. It is important to understand that these averages are over « periods of time »”, which can be days, hours or even minutes, depending on the time unit on the price chart concerned.

Horizontal moving average ( Click on the image to enlarge ) 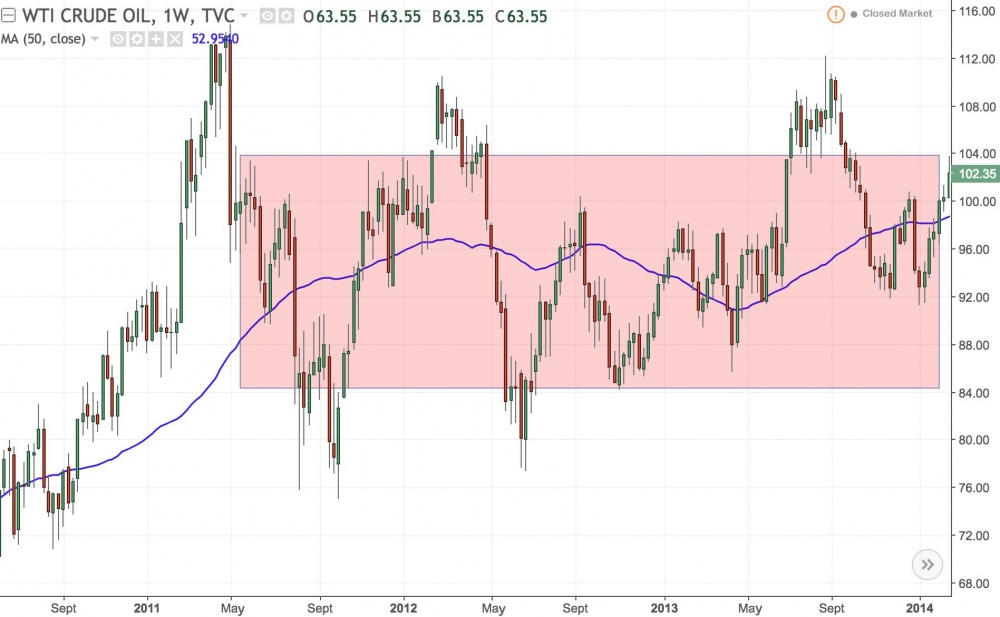 Buy and sell signals ( Click on the image to enlarge ) 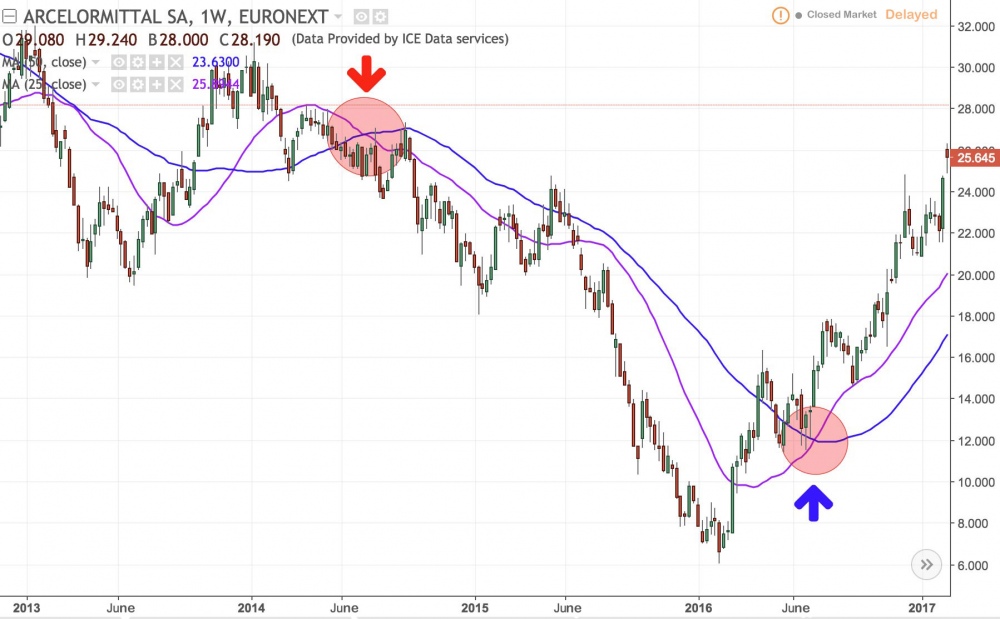 Finally, moving averages can also provide support or resistance to the price. The chart below shows a moving average acting as support level (meaning the price bounces off it). 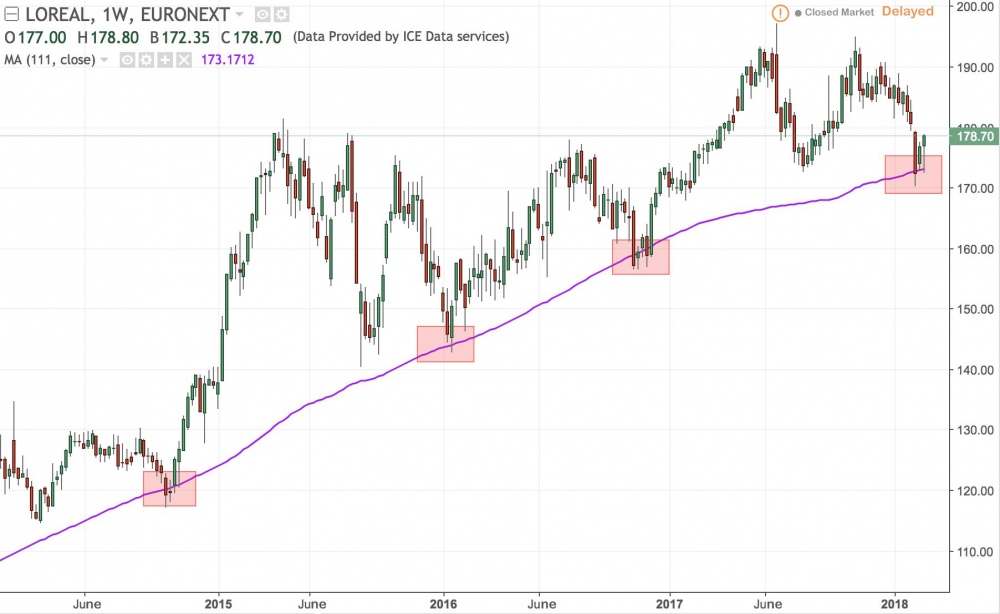 RSI (Relative Strength Index) is a momentum oscillator that measures the speed and range of price movements or trends. It is used to evaluate trends over a chosen period of time and is often more accurate on longer periods such as days or weeks. Using these periods often avoids false signals.

One way to use the RSI is as a signal for overbought or oversold situations for a given asset. The RSI oscillates between 0 and 100. Traditionally, the market is considered overbought when the RSI exceeds 70, and a market is oversold when it drops below 30. When the RSI goes over or under 50 a downtrend or uptrend can be observed. It follows that an RSI under 50 is a sign of a falling (bear) market and one above 50 indicates a rising (bull) market. 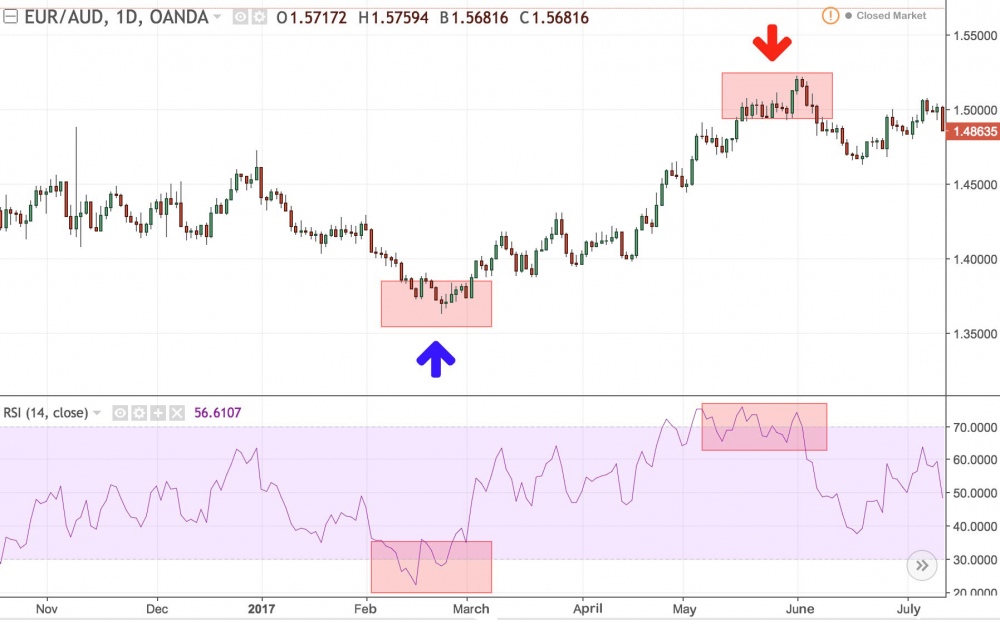 Another way to use this indicator is with divergence. Divergence tends to highlight when a rising or falling market is slowing down, and so a reversal is on the cards. When the market price has hit two highs, and the second is higher than the first, and at the same time the RSI hits a second higher that is lower than the first, we have a bearish or negative divergence. There are several different configurations but in general there is divergence when the RSI and market price are performing differently. 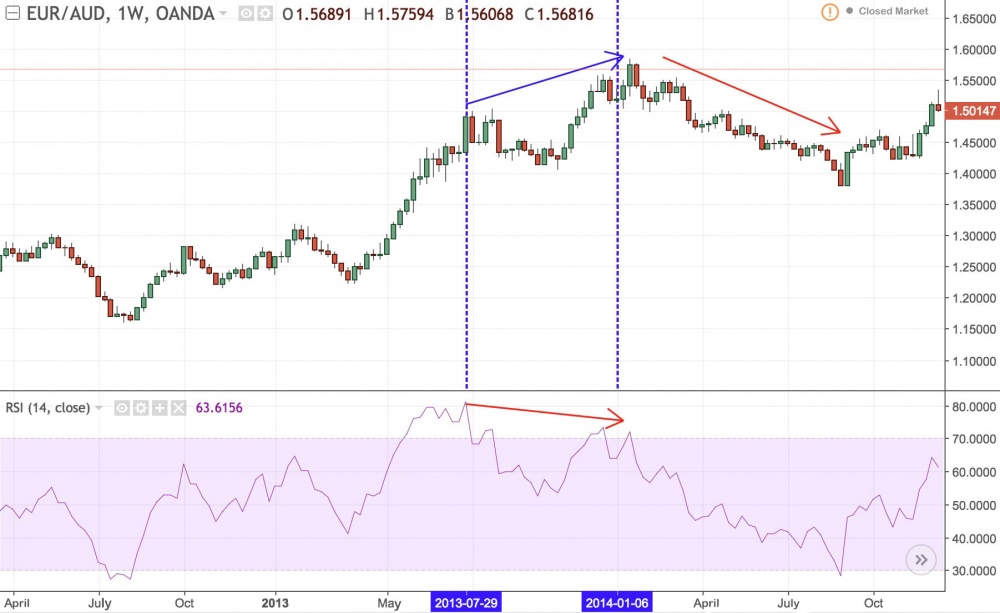 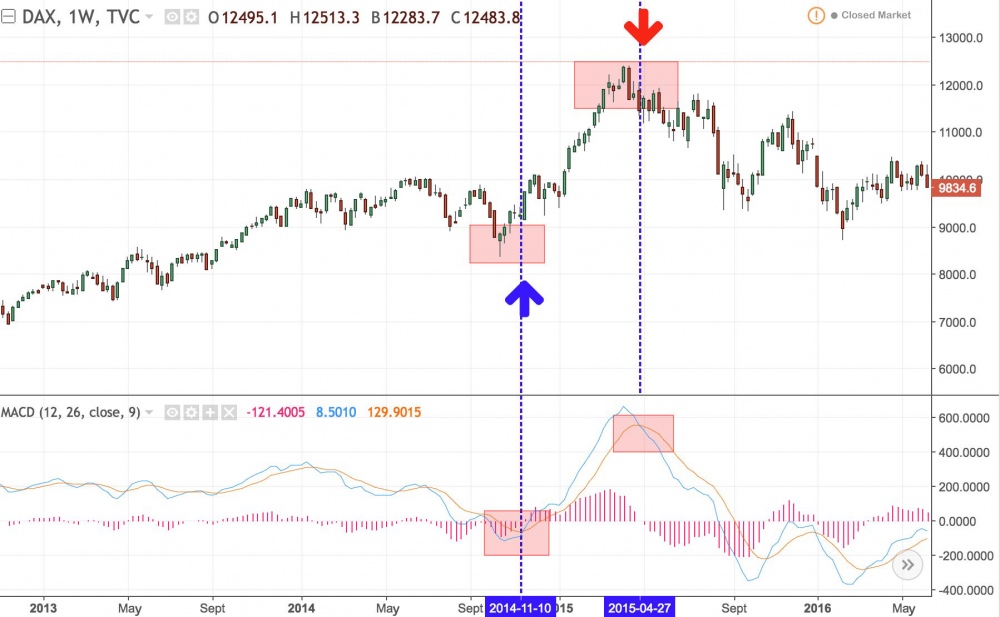 Just like with the RSI, divergence can also be used with the MACD. 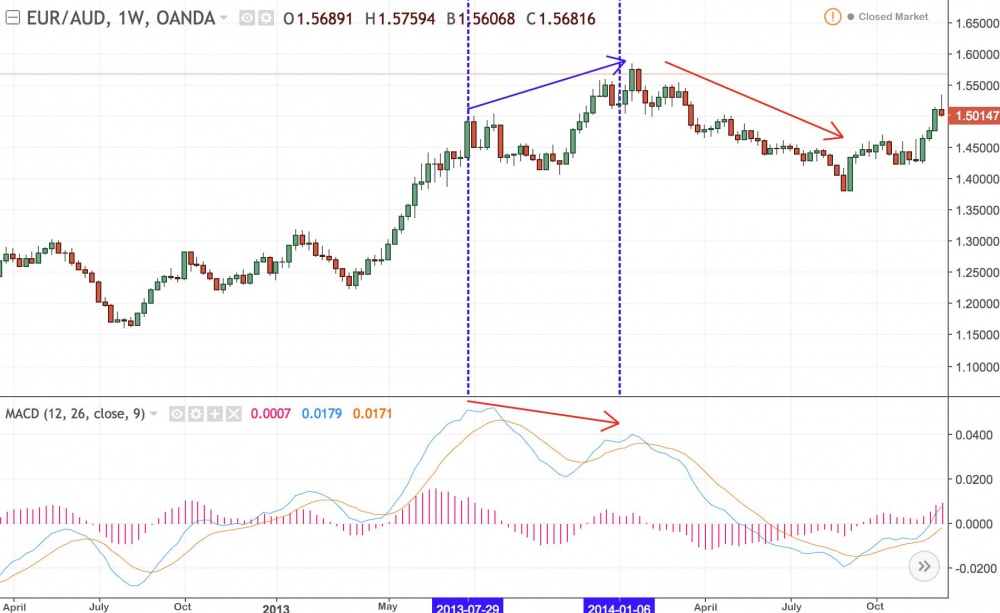 These three indicators are much used to analyse prices and can be used together to confirm trends or reversals. It is important to understand that the indicators are just that, indicators, and as such, are not perfect, and false signals are a frequent occurrence.

How to identify stock market trends The basics of making money on the stock market is to buy at a certain price in order to sell for more and make a profit. To do so, one can buy at a low price, confident that it will increase, or short sell in order to buy again at a lower price... In any case, the aim is obviously to make money.
Are there any simple and effective trading methods out there? Many an independent trader or home-grown amateur has been discouraged by the fantasy of the professional trader, eyes on multiple screens and using dozens of technical indicators and complicated, multi-level strategies.