Everything you need to know about the Warren Buffet indicator 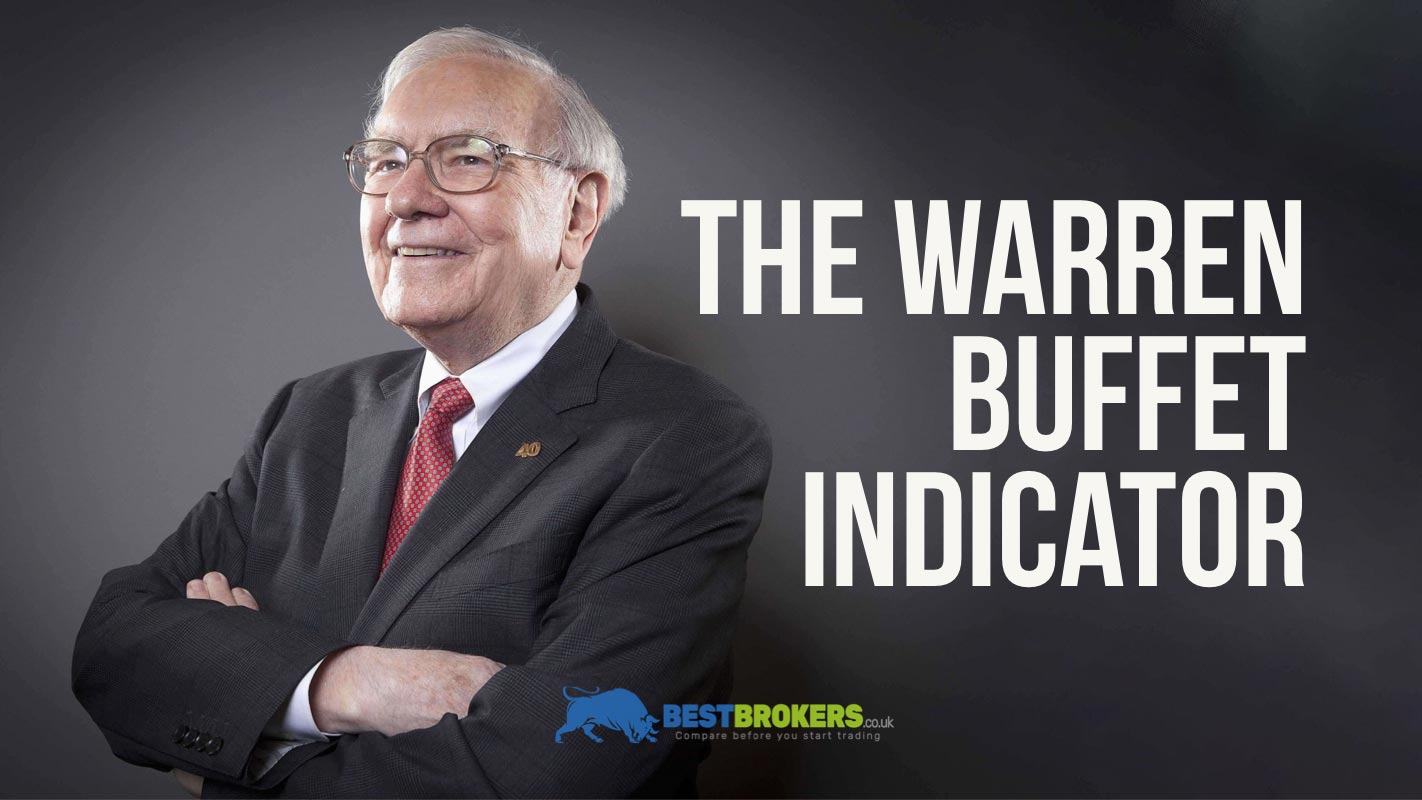 Warren Buffett is probably the greatest and richest investor of all time. While his investment decisions are more complex, he is known for value investing – i.e., buying stocks which are traded for less than their “real” value in order to make money in the long term.

Here’s what you need to know about the indicator that bears Buffett’s name.

What is the Warren Buffett indicator?

Contrary to what one may think, Warren Buffet did not actually come up with this indicator. It is a very simple financial ratio and market valuation model. Because Warren Buffett believes that it is " the best single measure of where valuations stand at any given moment”, the indicator is now named after him.

The market is often known as being overvalued, that is to say, "too high" or "too expensive", which can impact investment decisions and ROI. Therefore, in order to get more accurate market valuations, investors use the Warren Buffett indicator (WBI).

How is the WBI calculated?

The Warren Buffett indicator measures the total value of a country’s publicly traded stocks, divided by its gross domestic product (GDP). It helps investors assess whether that country’s stock market is over- or undervalued compared to a historical average. It is based on the same principle as the price/sales ratio of a company - only applied to an entire country.

The formula is as follows:
Country’s WBI = Market capitalisation of all listed companies / GDP

Below is the Warren Buffett indicator for the United States and its long-term trend: 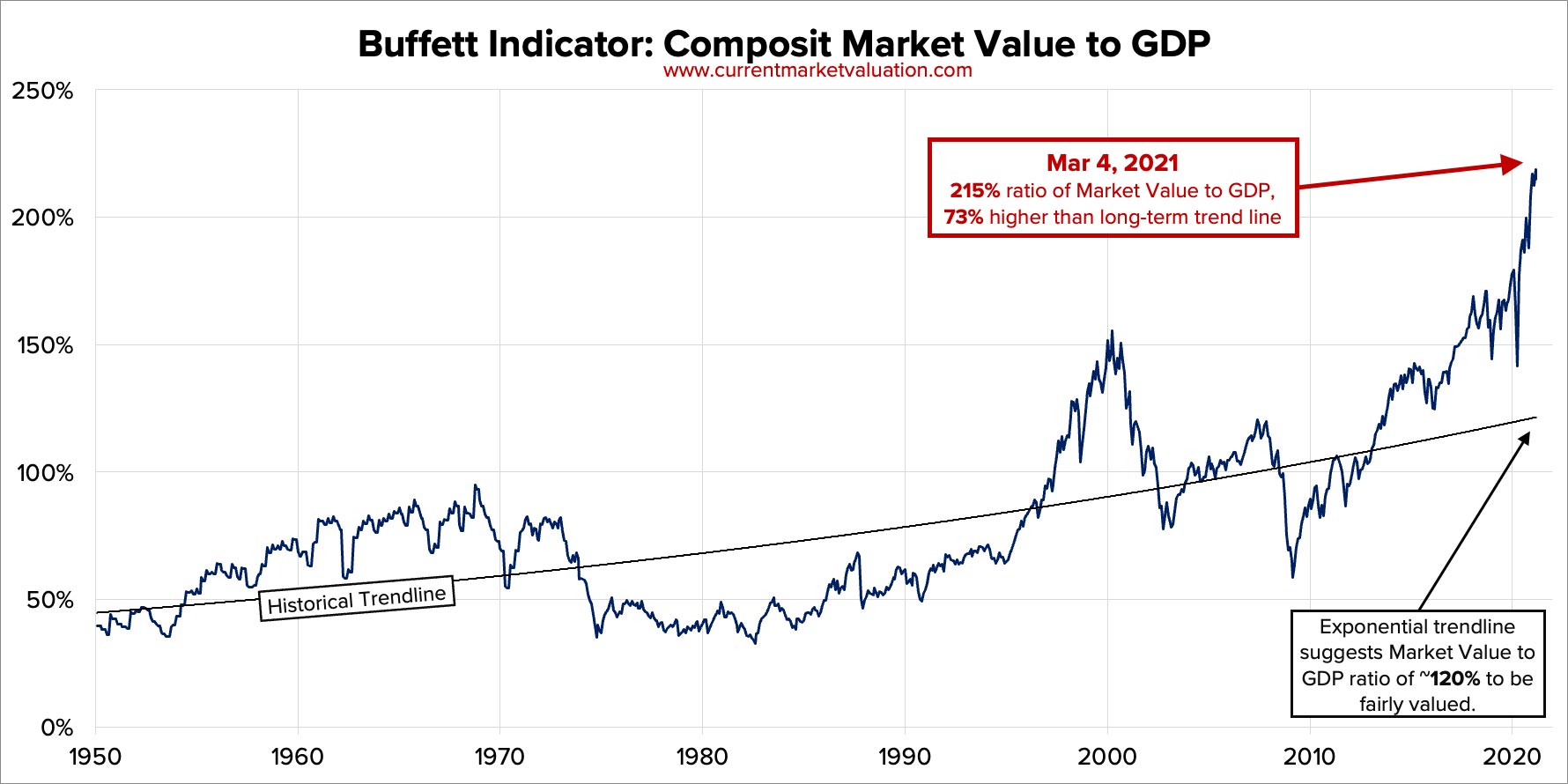 Now at around 215%, the ratio tells us that the overall valuation of US equity markets is 2.15 times higher than the US GDP. The historical trend is 120%.

What is it used for?

The Warren Buffet indicator is a simple way of assessing the value of all firms at an aggregate level and comparing that value to the country's total output, i.e., its gross domestic product. Again, it is a similar principle to a company’s price/sales ratio (the price being the share price), which is a high-level valuation of a business.

A price-to-sales ratio greater than 1 (or 100%) generally means that the market is overvalued, while companies with a ratio below 0.50 (or 50%) are considered “cheap” or “undervalued”. Of course, other factors need to be taken into account in order to assess a company's valuation accurately, such as margins and growth.

How to apply the WBI

The fact that the Buffett indicator reflects the market valuations in relation to a country’s GDP means two things:

The following graph shows this quite clearly:

Below is the difference between the Buffett indicator for the United States and its long-term trend:

The left scale represents the difference in percentage between the value of the WBI and its historical average. 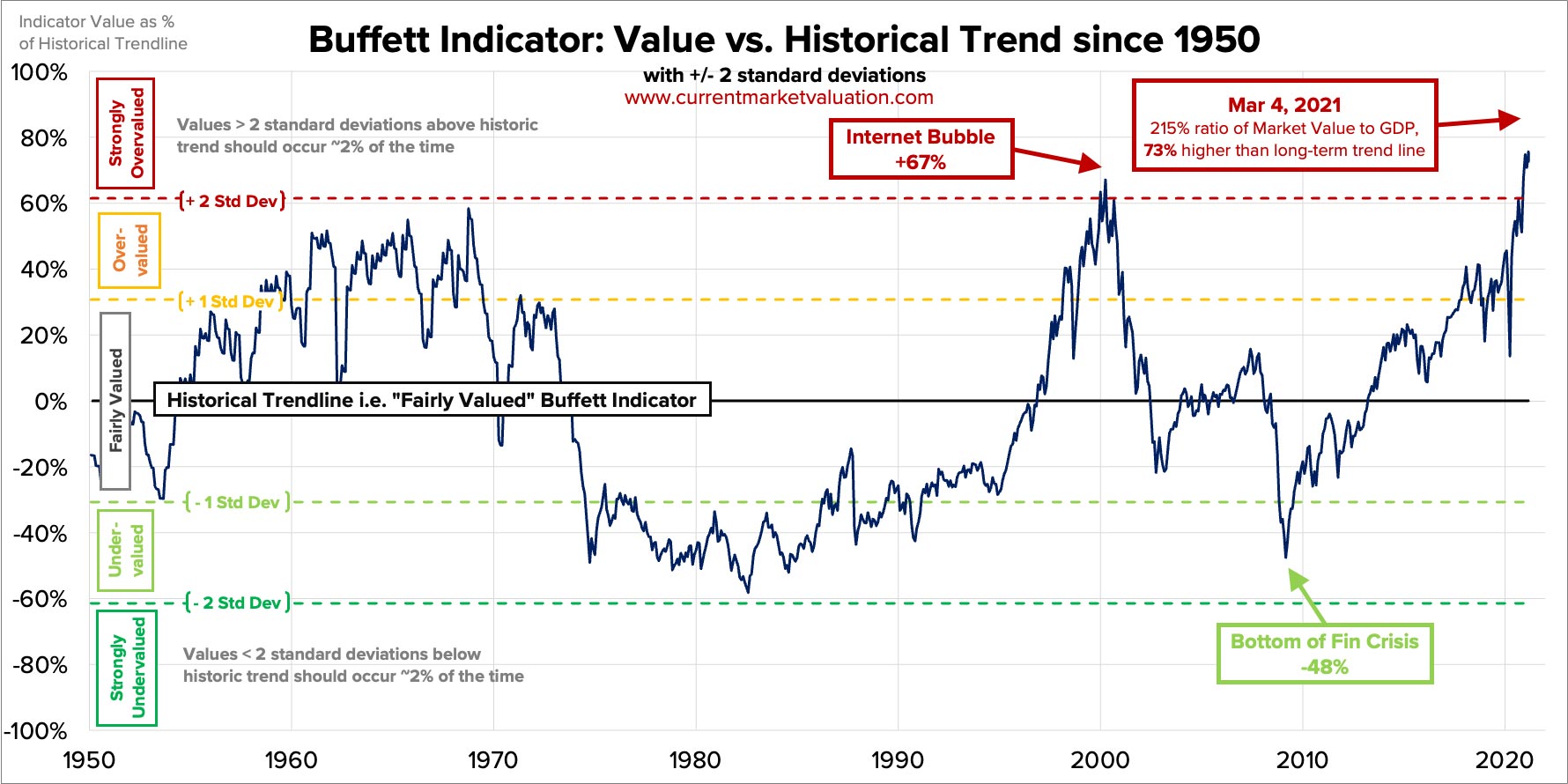 In 2000, the Warren Buffet indicator was +67% above its average, or more than 2 standard deviations. This was during the internet bubble, and we know what happened next… Today, we are at +73% above average, which is (again) a clear sign of overvaluation.

This begs the question: should we then "be fearful when others are greedy", one of Warren Buffet's best-known principles? What about when it reached +1 standard deviation (orange line)?

Rising valuations are notoriously bad for spotting market highs. Many investors aren’t letting high valuations scare them off and are currently relying on a post-pandemic recovery, confident that it will boost ratios like this one.

Flaws in the Warren Buffet Indicator

There are indeed some limitations to the WBI. We have outlined below some of the factors that it fails to take into account:

As with each and every tool and indicator, the Warren Buffet indicator is to be handled with care and only one of the various methods used to guide investment decisions.