GameStop: how Reddit users won their battle against investment funds 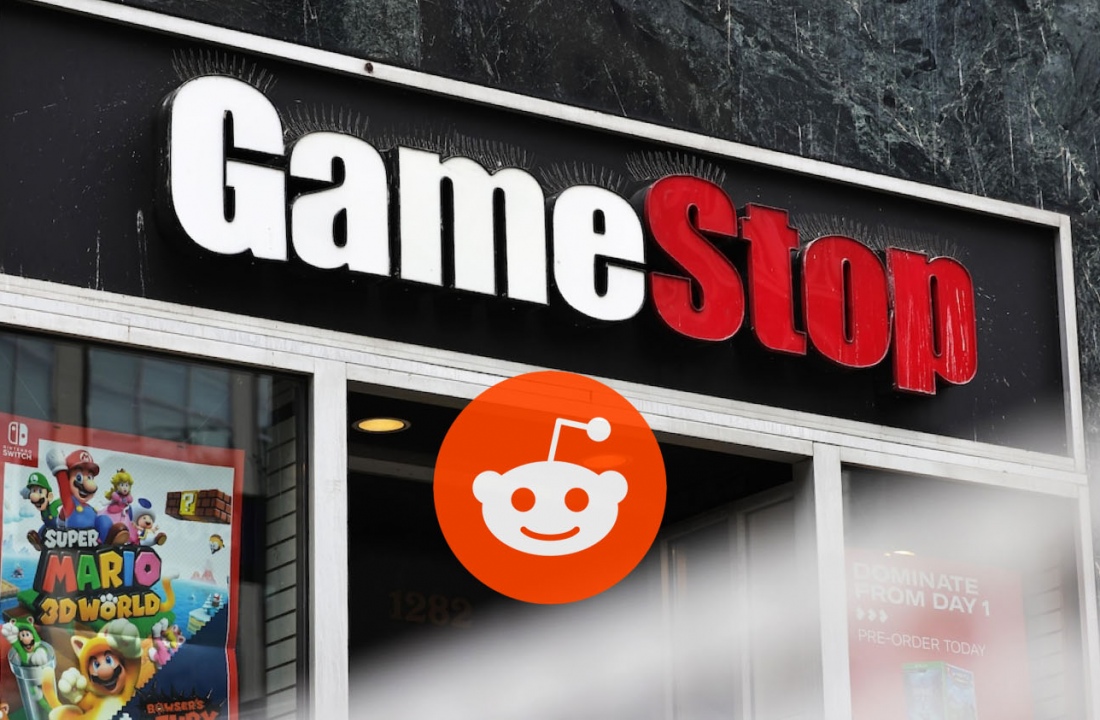 GameStop: how Reddit users won their battle against investment funds

On Wednesday, January 27th, US video game retailer GameStop saw its shares skyrocket to $350 each, from $20 at the end of December. The surge was caused by a social media forum’s collective attempt to support the struggling retailer against short sellers.

Indeed, GameStop has seen its stock value plummet over the past few years and is set to shut down 450 stores later this year. As a result, hedge funds saw an opportunity to make the most of a bad situation by short selling, i.e. borrowing and selling stocks in order to buy them back and return to the lender once the market value of the stock falls and a profit can be made.

The buying frenzy started when independent traders on Reddit’s /wallstreetbets channel decided to increase GameStop’s stock value in order to exert pressure on Wall Street hedge funds who had been betting against the retailer. It is not completely clear what the group’s prime motive was:

Regardless, GameStop shares increased so much that prominent hedge funds made huge losses, with some (such as Melvin Capital Management) seeking rescue packages, while young people managed to pay off their student loans.

After the success of this first operation, independent traders deployed the same strategy on behalf of other struggling businesses in the US, such as Nokia and AMC Entertainment (who owns Odeon Cinemas), and other parts of the world including the UK.

But with the financial market in turmoil, trading platforms such as Robinhood started restricting purchases, causing GameStop’s stock value to dip on Thursday, January 28th. Despite the fear of losses, traders chose not to sell which would have otherwise made stock prices collapse. As a result, GameStop stocks rose again the following Friday, while the overall market dropped. However, stock prices have been on a steady decline ever since, reaching $90 on Tuesday, February 2nd.

What does it say about ethics?

There are several events that occurred over the past week that raise the question of ethics on the stock market:

First of all, making money while betting on a company’s failure is problematic to the most conscientious of traders. Elon Musk, who confronted Robinhood’s co-founder Vladimir Tenev over the platform’s decision to limit the purchase of struggling companies’ shares, had previously dubbed this practice a “legal” scam.

Second, while the intention was noble, bumping up a company’s value on the stock market for no rational or strategic reason can both harm the market and the company as the first becomes even more volatile and the second cannot sustain this success (as proven by GameStop’s latest figures on the market).

Having said that, which brings us to our third point, trading platforms going against market freedom is also problematic. It introduces a bit of a double standard. For instance, Robinhood was accused of restricting GameStop stock purchases because it had caused its biggest client, Citadel Securities, to make significant losses. While Vladimir Tenev insisted that these claims were false, it is still believed that there was a conflict of interest which ultimately hindered the video game retailer’s performance on the stock market.

We can only wait and see how the situation develops next. But there are wider lessons to be learnt from this episode.

The challenges faced by struggling companies are not going anywhere, no matter how many stocks are bought. If this cannot be sustained, ultimately the prices will fall – potentially harming the company even more.

But more importantly, this could be a valuable lesson to hedge funds and major investment companies who are used to dominating the stock market or, in Senator Elizabeth Warren’s own words, treat it “like their own personal casino”. Indeed, the stock market is open to all, professionals and amateurs alike, and its volatility can profit to anyone who is willing to play the game. After all, 20-somethings won their bet while seasoned investors did not.

But these events do bid the question of market regulation: should the stock market be regulated, or does that defeat its purpose? If it were, whose interests would it serve or would it be fair to all, and how so? Should platforms be allowed to intervene, or does that constitute rigging the game?

These questions are anything but new, but there have been calls for closer scrutiny of the financial markets who, up until now anyway, have mostly served corporate privilege (some may even say “greed”).

Prominent lawmakers from the US Congress and Senate such as Senator Elizabeth Warren and Congresswoman Alexandria Ocasio-Cortez have called on the Securities and Exchange Commission to prevent future incidents. In a statement, Senator Sherrod Brown announced that:

"People on Wall Street only care about the rules when they're the ones getting hurt. American workers have known for years the Wall Street system is broken – they've been paying the price. It's time for SEC and Congress to make the economy work for everyone, not just Wall street. That’s why, as incoming Chair of the Senate Banking and Housing Committee, I plan to hold a hearing to do that important work."

Perhaps, and this is quite likely, the financial markets will carry on as they always have: free and unregulated. Perhaps the only takeaway here is that, on occasion, Wall Street investors will have to get used to losing at their own game.

A guide to Bitcoin: what is it for and how do you spend it? Bitcoin and other cryptocurrencies are notoriously volatile. However, smart management and good timing can mean serious return on investment.
What you need to know about the stock market in 2021 Did you miss out on a Bitcoin investment last year? Are you hoping to make up for it in 2021?