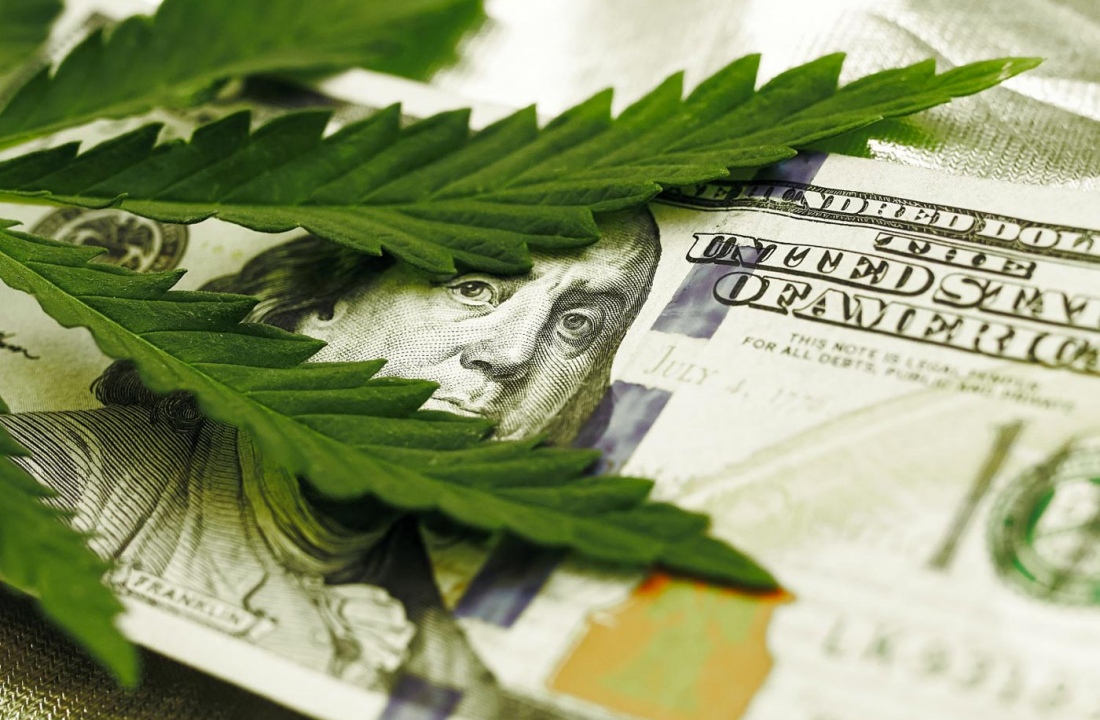 Should we all be getting into cannabis? Or should that be “should we be investing in businesses that are part of this burgeoning sector?” The American and Canadian marketplaces are booming right now.

Marijuana, which has to date effectively only been reserved for personal use, and which is, of course, illegal, is also on the cusp of becoming a new commodity and setting off a green gold rush on an extremely lucrative market.

Since the Netherlands’ 1976 ‘policy of tolerance’ few countries have dared to take steps towards legalizing the “drug that makes you fly.” Recently, however, certain parts of the U.S. and Canada have started to decriminalize cannabis use, California, for example. More importantly, cannabis has broken through the barrier of weekend recreational use and entered the medical domain. These two factors, decriminalization and therapeutic value have set in motion a trend both globally and on the financial markets.

The rise of specialist firms

Share prices in Tilray, a Canadian firm specialising in the research, production and distribution of medical marijuana, have increased tenfold since it went public in 2018. And considering the potential of this type of market, similar ventures are constantly on the rise. But is this really a viable market, or is it just a fad? Is this a green bubble on the same lines as the technology bubble of the noughties, or the more recent crypto-currency bubble? Whichever it is, markets are shooting up! 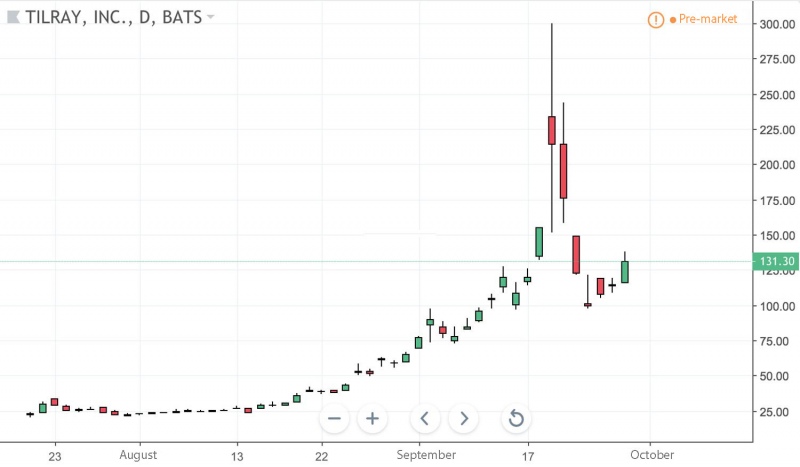 The market for legal cannabis

The global market for cannabis is estimated at around $16 billion, a figure that should increase significantly in the coming years. The market should hit $40 billion by 2021 and $57 billion in 2027, according to recent analytical research.

This development in the cannabis industry is due in the main to the legalities surrounding its use and to various national policies. On October 17, 2018 Canada made recreational use of cannabis legal and use for medicinal purposes is currently widespread across North America. As a result, many North American firms have been issued licenses and are quickly spreading out and conducting business in Europe, South America, Africa, Asia, Australia…basically, across the globe.

The production of marijuana is accelerating massively and for this reason, now is most likely the best time to move on this and profit from the current situation.

From a legislative standpoint, North America is, as we have seen, at the forefront: the U.S. and Canada are most definitely driving growth. In Europe, the Netherlands and, in particular, Germany, are leading the market. The U.K., Italy and France will certainly make an entrance, but this will take time and require a shift in their policies towards the plant.

However, the European states are very likely to debate the topics raised by this sector. Indeed, the cannabis industry can prove beneficial to local economies. The creation of jobs would help lower unemployment and the tax revenue would be welcomed by the states. It is therefore in the governments’ interest to encourage this market in this developing stage.

Certain swathes of the population firmly support legalization and regulation of cannabis use, and the relaxing of restrictions on use. Various groups across the globe are coming together to get the boundaries moved and are calling for a change in the policies relative to cannabis use. An example is the Global Marijuana March an annual event organised since 1999 and now more commonly known as Cannaparade.

Different ways to use cannabis

What is revolutionary, if one can call it that, is the current use of cannabis for medicinal purposes. Cannabis-based treatments can now be administered to patients with chronic illnesses or simply with the aim of lessening chronic pain. The global cannabis market is estimated to be worth $19 billion, much of this revenue coming from Europe and abroad due to European governments frowning on the recreational use of cannabis. Indeed, widespread recreational use of cannabis is limited in Europe by its consumer protection and public health policies. Use of cannabis for medical purposes, however, by hospitals to treat chronic pain, for example, is less of a problem.

As far as the general public’s recreational use is concerned, we’re looking mainly at the U.S. here. This market is thought to be worth a staggering $38 billion, high enough to set investors drooling as they see how green plants = green bills!

How to get on the cannabis band wagon?

Although the cannabis market is taking off, it remains somewhat under the general public’s radar. Professional investors are positioning themselves to take advantage of a seemingly inevitable upward trend. So how can you get in on the action?

One solution is to buy investment funds in this sector. As yet, they are truly few and far between, but it’s likely many will spring up in the coming months. ETFs are also being developed, and there are already some on the market, such as the Horizons Marijuana Life Sciences ETF set up in 2017 and listed on Canada’s Toronto stock exchange. For more information about this ETF, click through directly to the firm’s website Horizons. 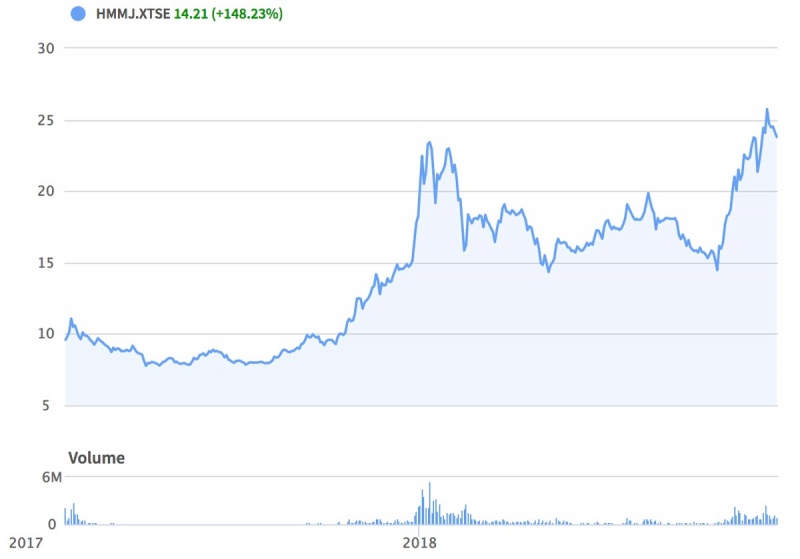 A different way to go about it is to make your own choices about which stock to buy. In this way, you could focus on the pharmaceutical sector, on the research labs, on the producers or on any of the other specialist cannabis firms. Equally, mainstream consumer businesses are also a potential opportunity. Drinks companies, for example, such as Pernod Ricard are looking at this market very closely indeed.

A word of warning

Only one thing is certain: for the moment, this is a growing market, but also a new market. And as such there is a huge amount of speculation around it, which also makes it a highly volatile market, with a high risk of losses. Extreme caution should be investors’ M.O.

For the private individual who wants to take a punt on this emerging market, the most reasonable way to do this is to buy funds or ETFs.

An interesting fact to note is that there are very few barriers to entry to this market: from a technical point of view it is relatively easy to grow cannabis. Direct consequence? There will be a lot of firms setting up, which will certainly ultimately drive down prices…

This logic is less likely to prove true on the medical segment where a great deal of expertise is necessary and safety requirements are far more rigorous.

What is money management? Mastering trading and succeeding in the long run depends on various factors such as strategies, more or less advanced techniques, a trader’s own experience and approach on stock markets, personal qualities, etc.
How to invest in cannabis using eToro CannabisCare CopyPortfolio Since September 17, 2018, it has been possible to invest in the CannabisCare CopyPortfolio set up by online broker eToro. This is a unique CopyPortfolio investment strategy specifically developed by eToro around the legal cannabis market.