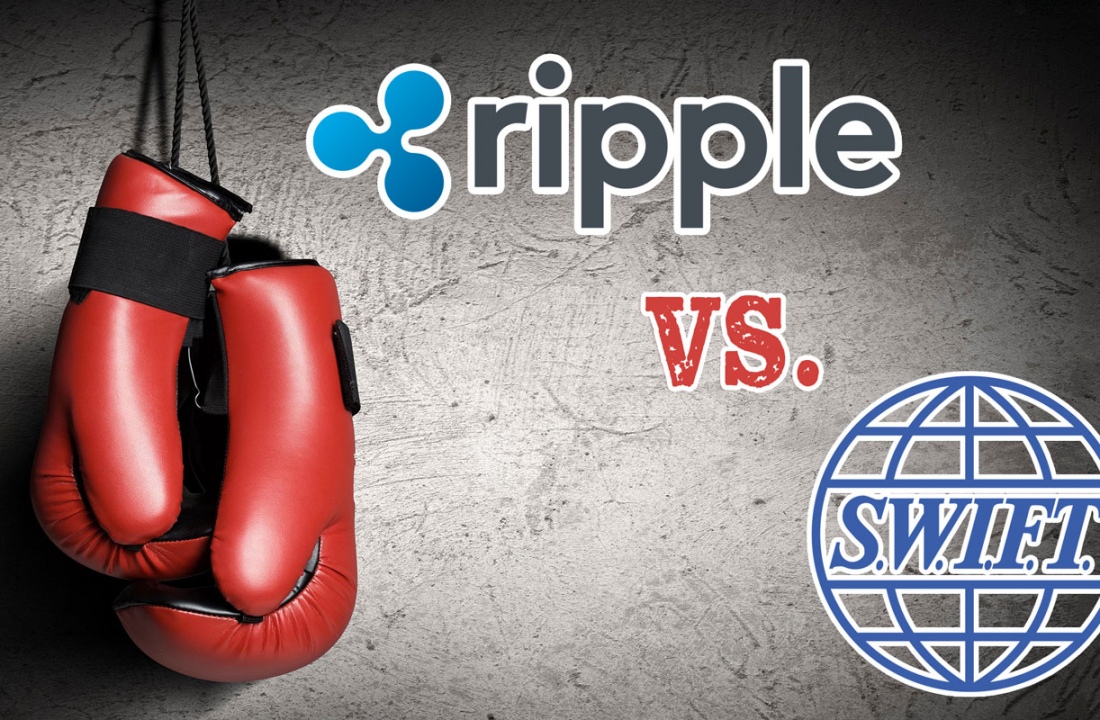 Founded in 1973, the SWIFT banking process is the global standard for transferring money from one bank to another, throughout the world. The original plus point of the SWIFT network was the fact that it guarantees the non-repudiation of exchanges, meaning no third party could deny having made a transaction. It is a centralised system. In practice SWIFT does not actually send money, it simply positions itself as a trusted third party, facilitating and guaranteeing cash-flow. SWIFT provides a secure network that allows more than 11,000 financial institutions (banks, market infrastructures, international firms, etc.) in over 200 different countries to send and receive information about financial transactions to each other.

Weaknesses in the SWIFT network

The system has steadily improved since its creation. Yet funds transferred by SWIFT can take 2 to 6 days to be executed and transit from one bank to another. This seems an awfully long time at the dawn of the digital and real-time era. In addition to this substantial time frame, transferring money via SWIFT is pricey. It is also criticized for a lack of transparency with regards to transfer fees (on top of the extremely high investment cost of accessing the service) and the lack of visibility on the transfer status.

Moreover, SWIFT recently fell victim to breaches in its security, the most impressive of which was the 2016 American Federal Reserve (FED) breach which resulted in a loss of 80 million USD. In the face of such critique, SWIFT launched the Global Payment Initiative (GPI), a new process which aims to get international transfer times down to just one day, will make transfer fees visible pre-transfer and will improve transaction traceability. This new offer seems to have won over its current business base.

Cryptocurrency Ripple was founded in 2012 with an ambitious aim: shake up the current financial system with the intention of replacing SWIFT and realising international bank transfers in real time. As a cryptocurrency, it is a great success.

The Ripplenet network, SWIFT’s direct competitor, already has a portfolio of over a hundred clients, some of which are influential stakeholders (Santander, UBS, Crédit Agricole, BBVA, American Express…), won over by certain aspects of Ripplenet, namely real time, low fees, disintermediation, ultra-high security (thanks to Blockchain technology) and flexibility.

How does Ripple work?

Ripple wants to become the cornerstone of the interbank exchange market. It aims to do this with three products - xRapid, xCurrent and xVia. xRapid focuses specifically on cross-border remittances, xCurrent enables the instantaneous settlement and end-to-end tracking of cross-border payments and xVia is Ripple’s standard payment interface.
In practice, if a French banking institution wants to transfer funds to an American bank, it first needs to convert EUR to XRP (Ripple) then transfer the XRP via the Ripple network, (instantaneous, low fees) to the American bank which will then convert the XRP to USD. With this system, only the cryptocurrency crosses the border.

The weak link is the stability Ripple as a cryptocurrency. Indeed, Ripple was not designed to be a highly volatile, speculative currency like Bitcoin. Ripple as a firm has nevertheless made a provision for possibly introducing new units into the circuit on a regular basis, in order to keep the value from inflating too much.

Ripple is most definitely a valid rival to the SWIFT network. However, SWIFT is huge and has been on the market for over 40 years. It is now investing in new solutions to integrate Blockchain technology and maintain its position as market leader. In the meantime, financial institutions worldwide are keeping a sharp eye on Ripple. Could this be with the intention of moving their international banking transactions over, if it evolves favourably?

Renewed restrictions on CFDs The European Securities and Markets Authority (ESMA) has agreed to renew the restrictions on the marketing, distribution or sale of contracts for differences (CFDs) to retail clients, in effect since 1 August.
Commission-free share-dealing with this CFD offer from ActivTrades Online trading platform, ActivTrades, is offering a spectacular deal from May 1-31, 2019.