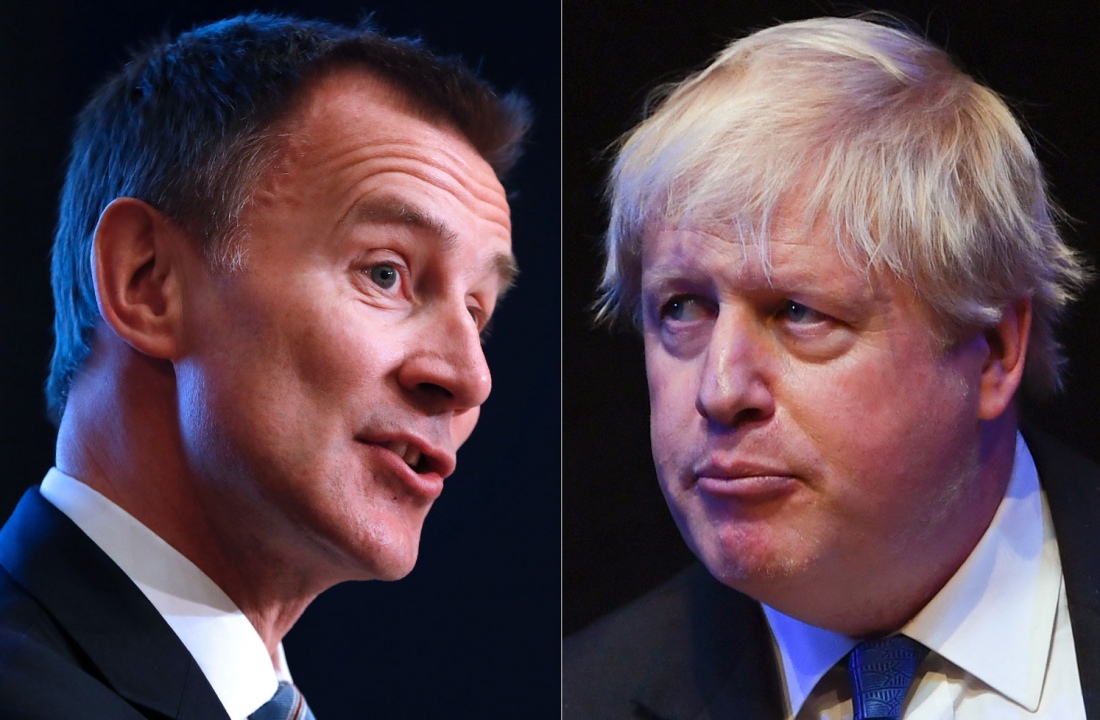 Both candidates are of similar ages and similar backgrounds, having attended private schools, studied at Oxford university as well as having worked in the media industry prior to their political careers as MPs and cabinet secretaries. So, what sets both candidates apart? Here are some of the key topics of Hunt and Johnson’s visions for the country.

It comes as no surprise that both candidates have different points of view on how best to handle the UK’s exit from the European Union.

Boris Johnson has pledged to finalise Brexit by the Halloween deadline no matter what, while Jeremy Hunt has not ruled out applying for an extension if necessary. While both candidates believe a no-deal scenario to be unlikely, both are willing to have the country leave without a deal if it comes to it; though Hunt insists it is not his “preferred option”.

Boris Johnson plans to draft an entirely new withdrawal agreement that would remove the Irish backstop entirely, despite the EU’s repeated warnings that they would not reopen negotiations. Should the EU stand their ground, Johnson would request a standstill period during which he would negotiate a free trade deal and, failing that, the UK would leave on World Trade Organization terms.

Candidate Hunt has not yet been as specific as to how he would go about Brexit negotiations nor what he is hoping to achieve. All we know is that he intends on sending a negotiating team to Brussels to make changes to Theresa May’s withdrawal agreement, that would include making changes to the Irish backstop.

Both candidates have similar positions on how to handle immigration to the UK, both wanting to nuance Theresa May’s plan for a “fortress Britain”. Jeremy Hunt and Boris Johnson wish to prioritize skilled workers, with Johnson pledging to deliver an Australian-style point system that would assess how immigrants would contribute to the UK. He also promised to prevent immigrants for claiming benefits upon arriving in the country.

"We must be much more open to high-skilled immigration such as scientists, but we must also assure the public that, as we leave the EU, we have control over the number of unskilled immigrants coming into the country," said Boris Johnson. “This would restore public faith and democratic control in the immigration system, while being "tougher on those who abuse our hospitality".

If elected, Jeremy Hunt would review the policies preventing immigrants who wish to work in the UK with less than £30,000 to their name.

In the unveiling of their plans for the country, Johnson and Hunt haven’t discussed the same topics.

Boris Johnson has focused his speech on the NHS, pledging it would remain free to all even in the event of a no-deal Brexit. He also reiterated his promise that what the country currently contributes to the EU would go directly to the NHS.

Jeremy Hunt, however, has been more vocal about social care. He aims to create a system where people would save for social care costs the “same way they save for their pension”. Those who “save responsibly” would see their costs capped by the government, while others can choose to opt out from the scheme.

In terms of education, Boris Johnson has promised to increase secondary school funding to £5,000 per pupil and reduce the funding gap between city and rural schools.

Jeremy Hunt has expressed his wish to carry a long-term plan to increase funding for the teaching profession, in an effort to guarantee that each student leaves the education system with a “rigorous qualification” that would enable them to earn an average salary at the very least. In terms of higher education, one of Jeremy Hunt’s key promises consists in writing off debts related to student fees for anyone creating a new business that employs more than 10 people for at least five years. He also plans on scrapping interest rates on student loans.

While Boris Johnson came out on top for each vote and has proven to be a general favourite since the start of the race, it remains to be seen whether his plans for the UK will take him to the finish line.

Libra: Is it worth investing in Facebook’s new cryptocurrency? Facebook was pulling no punches and thinking big earlier this week as it gate-crashed the blockchain and cryptocurrency world with its own crypto, Libra. So, what do we know about it?
Why are investors rushing into gold? The price of gold recently jumped to a 6-year high. According to experts, there are several reasons for the surge, including the likelihood of lower interest rates, a slowing global economy and heightened geopolitical tensions.