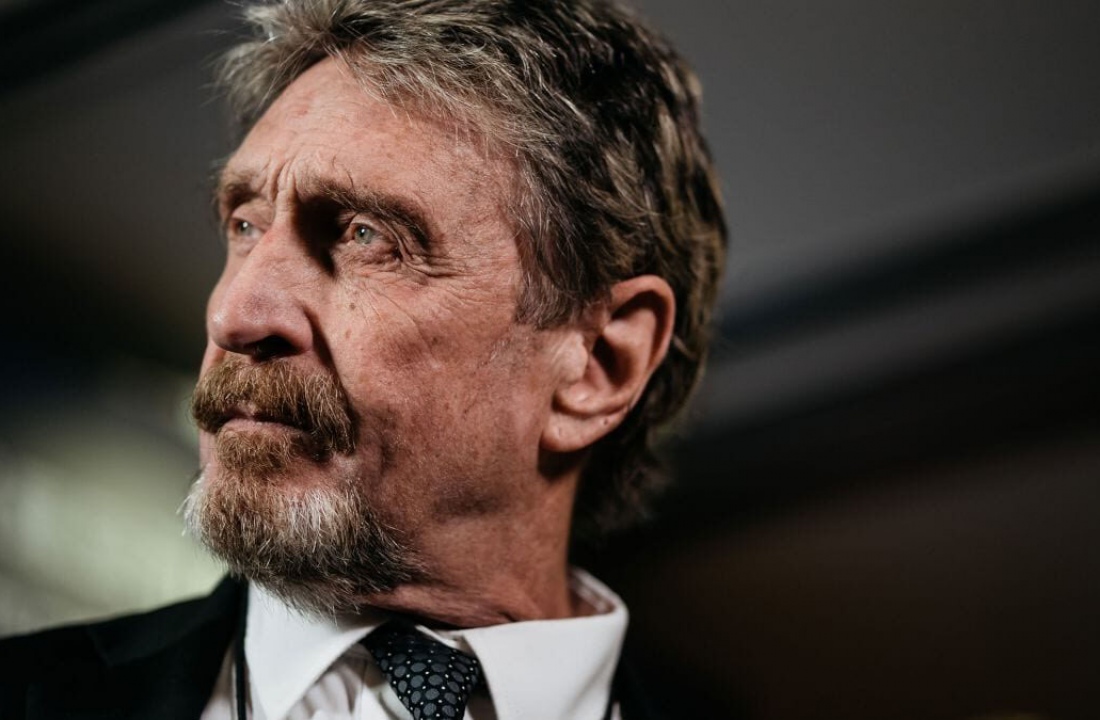 Antivirus creator John McAfee has been arrested in Spain for tax evasion. He now faces extradition to the United States where he was charged. John McAfee has not publicly commented on these charges but, if found guilty, risks a prison sentence of up to 30 years.

What is John McAfee accused of?

According to U.S. prosecutors, McAfee failed to file his tax returns four years running, despite earning millions of dollars. While he is most known as the founder of an antivirus software, McAfee has also made money through consulting services, public speaking engagements, cryptocurrency cases and rights to his biography. Of course, these sources of revenue are not tied to the software company itself. McAfee has previously expressed his contempt for taxes, tweeting last year that he had not filed a single tax return for eight years because "taxation is illegal."

In a public statement, the US Department of Justice claimed McAfee evaded tax liability by charging its income to bank accounts and cryptocurrency exchange accounts registered under the names of third parties. As a result, it has been reported that no tax returns were filed between 2014 and 2018. On top of his tax evasion charges, John McAfee was also accused of owning property, such as a yacht and real estate, under other peoples’ names.

The charges were announced shortly after the United States Securities and Exchange Commission (SEC) revealed that it had initiated civil lawsuits against McAfee. The defendant allegedly earned more than $23 million by "leveraging his fame" and recommending "essentially worthless" cryptocurrency deals between 2017 and 2018, without revealing that he was paid to do so. The SEC has also accused McAfee’s bodyguard Jimmy Watson of aiding and abetting the sale of cryptocurrencies.

As well as a prison charge, McAfee also risks a civil sanction that would deprive him of any "allegedly ill-gotten gains", with interest. The SEC also wants to ban him permanently from serving as an officer or director of any listed company or any company that files reports with the SEC.

John McAfee is quite the controversial figure. He rose to prominence in the 1980s, when he created McAfee VirusScan. Not only did he launch the first commercial antivirus software, he helped build a multi-billion-dollar industry. Although the company has since been sold to Intel, McAfee is developing his own cybersecurity products.

Unfortunately, McAfee isn’t just famous for his contribution to the tech industry.

In 2012, John McAfee made headlines after Belize police began investigating the death of his neighbour, Florida businessman Gregory Faull. Mr. McAfee was a "person of interest" in the case. McAfee then fled the country, saying he feared for his own safety. Nevertheless, he insisted he had absolutely no connection to the murder.

The UK-born entrepreneur later attempted to represent the Libertarian Party in the 2016 and 2020 U.S. presidential elections. However, he was unsuccessful.

In 2019, he was briefly detained in the Dominican Republic for allegedly bringing weapons into the country.

Where to invest your money in the event of a second COVID-19 wave? 2020 has been a challenging year on many levels. Because of the COVID-19 pandemic, the market has been incredibly volatile. Markets collapsed before skyrocketing and setting new records. Some have gained from it, while others have lost. But is all this behind us now? What will happen in the event of a second wave, or another lockdown? In these uncertain times, many investors and traders are wondering which strategy to adopt.
José Mourinho becomes XTB’s official ambassador For the next two years, José Mourinho will be one of the faces representing online brokerage company XTB. If his name sounds familiar, it is because Mourinho is a famous Portuguese football manager who has coached great European teams. He is currently the head of Tottenham Hotspur Football Club.