To invest or to speculate: which is the best trading strategy to increase your capital? 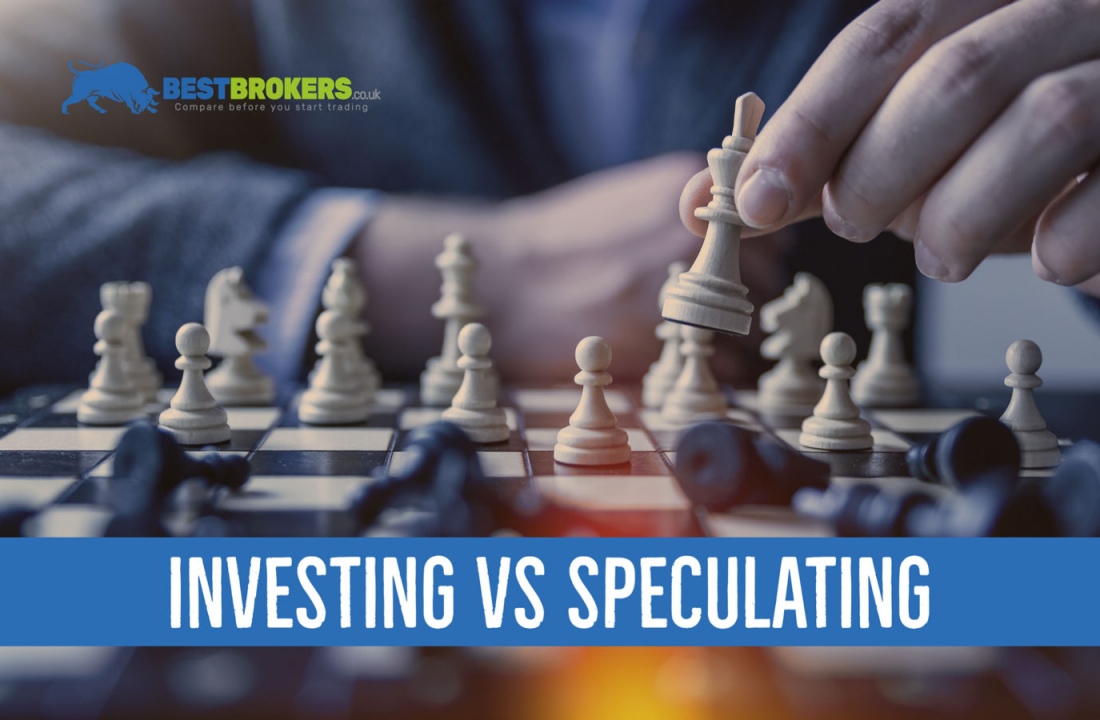 To invest or to speculate: which is the best trading strategy to increase your capital?

When wanting to increase your capital via the financial markets, you can choose to invest or speculate (what is commonly known as “trading”). Both approaches are not necessarily polar opposite, they actually have a few similarities. For instance, both share the same cold and concrete goal of increasing one’s capital and making a profit.

However, investing and speculating are two distinct activities. We will outline these differences below and attempt to identify which one is most profitable.

While both methods share a common goal (making a profit), both have different approaches to doing so.

Speculation’s sole purpose is to make a profit and increase the trader’s initial capital. A trader only values their financial result, what we commonly refer to as the “Profit and Loss” or “P&L”. In a way, financial gain is a trader’s “raison d'être”. Of course, traders also consider risk and performance, which can be measured with the Sharpe and Sortino ratios. In trading, only the P&L counts, regardless of products and strategies.

Stock investment also values performance, of course. However, as well as relying on mathematical strategy and performance, an investor will only invest in a market or a company based on their personal values and convictions. Unlike speculation, investment requires some sort of meaning. An investor must believe in and adhere to a company’s values, its industry, how it is managed and the evolution of global trends.

For instance, there is no such concept as Socially Responsible Trading. There is, however, Socially Responsible Investment (SRI). This makes sense, of course, as a trader’s priority is 100% focused on a profitable payoff. For these reasons, a trader will have no qualms buying or selling stock in a tobacco manufacturer, as long as it is profitable. A “responsible” investor, however, will consider a tobacco company’s values above its profitability. Because tobacco is a health hazard that can lead to cancer or death, an investor will most likely refrain from investing in this industry.

Speculation and trading generally offer more flexibility and are open to more markets and financial instruments than investment: futures, options, CFDs... Leverage and short sales are also used more frequently. Basically, speculation has a wider realm of possibilities. But this is a double-edged sword. The downside to this flexibility is that trading becomes more complicated and riskier, which can either lead to greater return or greater loss. Therefore, speculation requires more skills and experience in order to be successful. Speculation can still be a “safe” choice, as long as you adopt the right strategies and master risk management.

Which strategy for short- or long-term activity?

Your desired time frame will also decide whether you should invest or speculate, even if there is no strict rule and that both can be done within an identical time frame. On average, however, speculation is more of a short-term strategy (a few seconds to a few weeks); while investment is more of a long-term activity (a few months to several years).

This gap in time frames has multiple consequences:

1. Speculation has significantly more recorded transactions. Indeed, while an investor cannot constantly go back and forth on their investments, a trader can buy and sell stocks several times a day.

2. The costs involved in these types of operations. The more one trades, the more they need to pay their broker and the thinner their profit margin. This is something that should not be overlooked when you are very active in the markets.

Speculating is a more profitable strategy, but investing is safer

There are no serious studies that have managed to decide if one strategy was “better” or more successful than the other, as there are far too many factors to consider. Both strategies have witnessed their lot of prodigious performances and disastrous losses. The only rule is that neither of these strategies should be taken lightly.

However, if one truly masters the art of trading, then it is indeed more profitable than investing. Not only can it yield much higher gain, it can do so in the short-term. This makes perfect sense: higher risk equals higher return. However, many studies have shown that speculation and trading’s risk factor can lead to significant loss in capital within a very short space of time. Therefore, speculation is not recommended for amateurs and individuals with relatively limited means.

Billionaires and multimillionaires are often big investors. One of the most famous examples is Warren Buffett. While investing is not easy and not always lucrative, it remains less risky for an individual to invest in the long term than it is to actively speculate in the short term.

In conclusion, if our sole aim is to increase our capital as quickly as possible, trading is the most appropriate way to go. But in order to be successful, one needs to take the risk factor very seriously. For those who believe slow and steady wins the race, investment is the best strategy. To put it simply, speculation is a sharp knife: it is fast and effective if one knows how to use it. Investing has less drastic consequences: smaller risk and smaller performance.

It seems, then, that the question is not whether to invest or speculate bur rather over which time frame does one want to increase their capital: a few days, months or years?