Clear skies ahead for Boeing 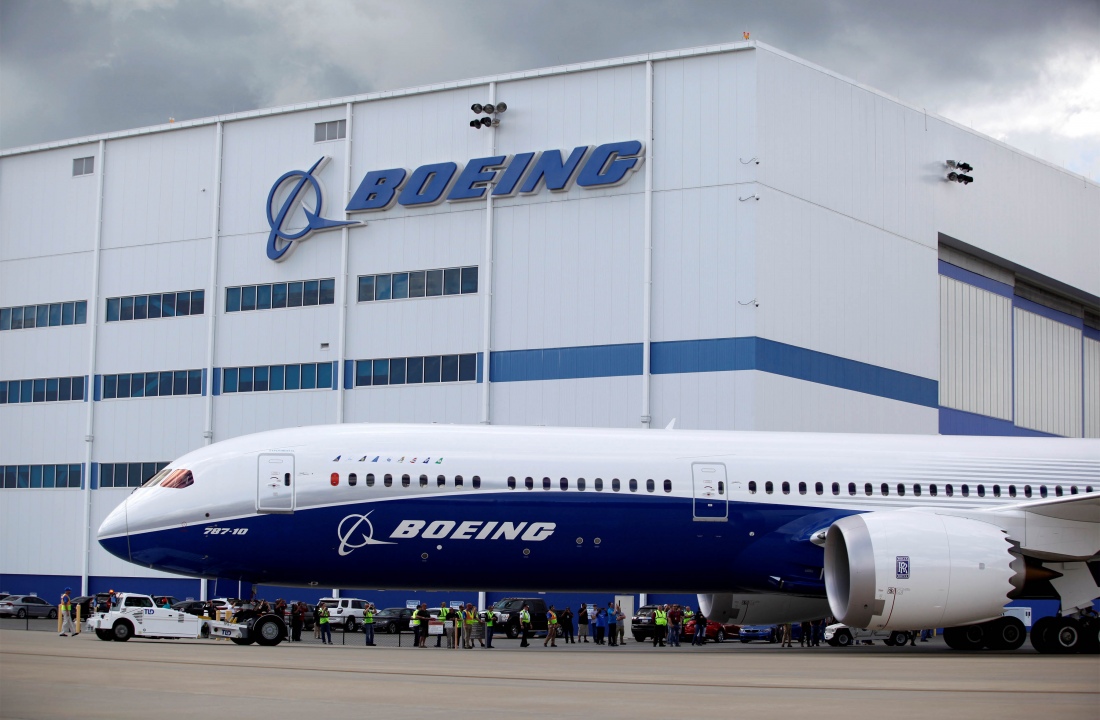 Clear skies ahead for Boeing

America's largest aircraft maker Boeing has experienced some turbulence. Not only did it have to deal with a drop in demand due to the coronavirus pandemic, but Boeing also made headlines following the crashes of its flagship aircraft, the 737 MAX.

However, the announcement of Pfizer and BioNtech's first vaccine has allowed the aircraft manufacturer's stock to take off.

Airlines have been particularly affected by the coronavirus pandemic, mostly due to the drastic reduction in air traffic. While some restrictions have been lifted, return to normality will not happen overnight. That being said, the various vaccines that have been announced should allow for the vaccination process to start in 2021, as well as an increase in air traffic.

Thus, with the return of air traffic comes the return in demand from airlines, who will likely need to expand their fleets to meet the return of large-scale travel. Naturally, the world will not go back to pre-pandemic traffic levels straightaway, but the prospect of a recovery should at least prevent aircraft order cancellations.

The 737 MAX’s return to service

Long before the pandemic, aviation regulatory authorities around the world ordered the 737 MAX to be grounded. The order was issued after two aircrafts crashed and killed 346 people in March 2019. This was a massive blow for the American manufacturer, whose business has mainly relied on commercial aircraft for many years now. 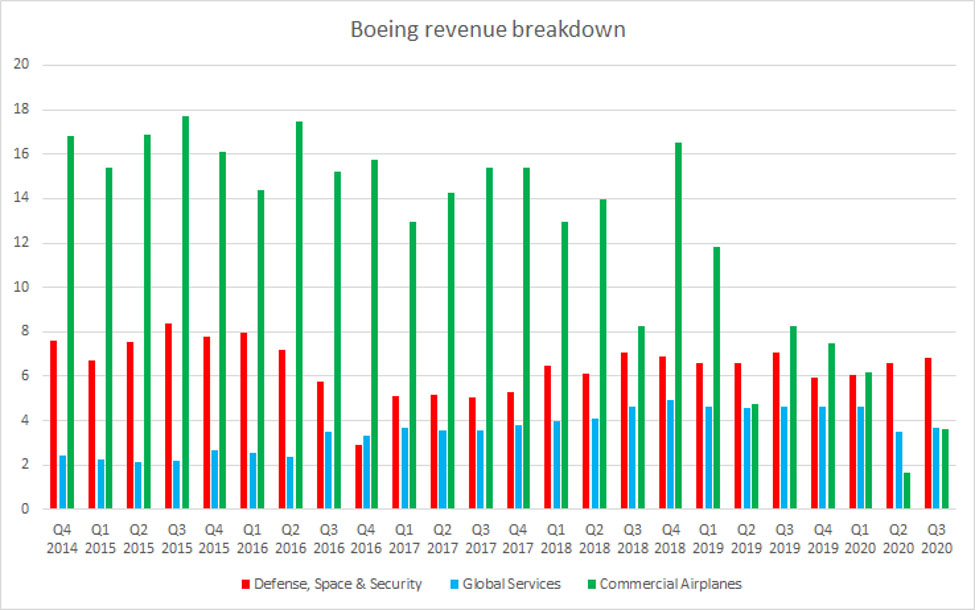 The grounding of the 737 MAX at the end of Q1 2019 caused Boeing's revenue to drop significantly. Source: Bloomberg, XTB Research

However, after approximately 18 months on the ground, the Federal Aviation Administration announced on November 18 that the 737 MAX will be able to resume commercial flights. In addition, European regulators published a report on November 24, suggesting that the 737 MAX could be cleared for take-off by early January 2021. The Brazilian aviation monitoring body also issued a release to service.

These recent events mean a lot to Boeing for multiple reasons: 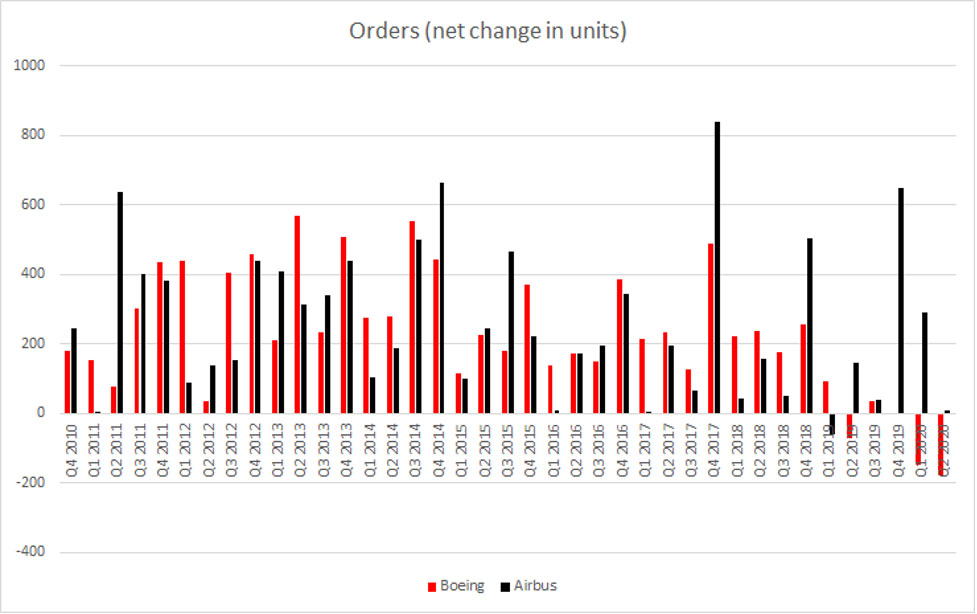 Boeing saw its net orders drop following the grounding of the 737 MAX. At the same time, main competitor Airbus continued to take new orders for its aircraft, often at the expense of order cancellations from Boeing. Source: Bloomberg, XTB

Of course, return to normality will take time. However, Boeing’s positive prospects have enabled the manufacturer’s shares to cross the upper limit of the downward channel in which prices had been moving since mid-June. Subsequently, the announcement of a return to the air of the 737 MAX allowed a second bullish momentum, moving the company closer to post-pandemic highs. Prices are currently moving within the Ichimoku cloud in weekly data, on the threshold of major resistance at $240. A new impetus could be initiated when Boeing announces the resumption of dividend payments, and therefore allow the value to take off towards its next target of $310. 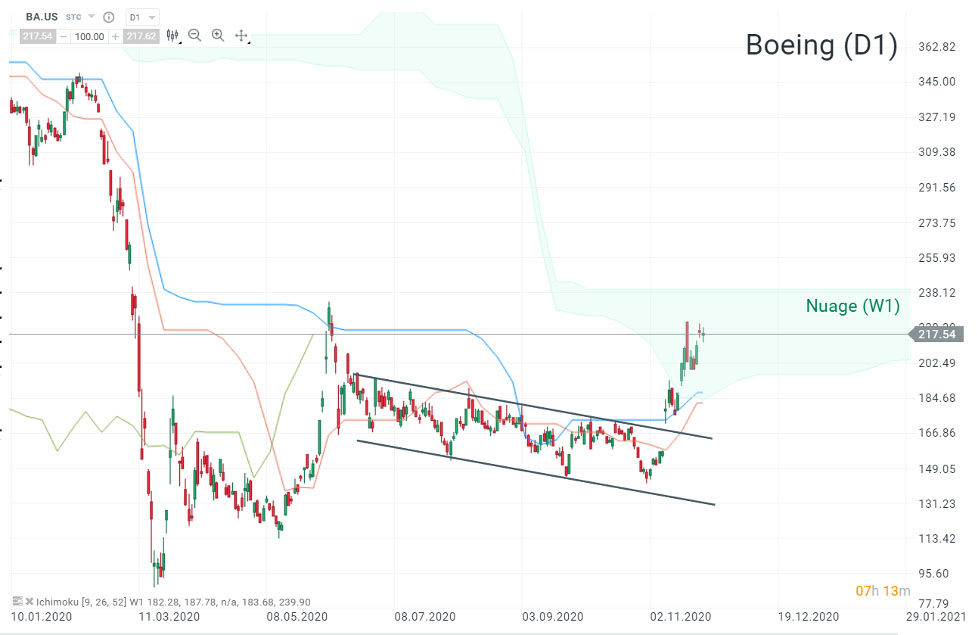 With XTB, invest in over 2000 shares, including BOEING, through the Ordinary Securities Account with 0% commission. View the 0% commission offer.

To invest or to speculate: which is the best trading strategy to increase your capital? When wanting to increase your capital via the financial markets, you can choose to invest or speculate (what is commonly known as “trading”). Both approaches are not necessarily polar opposite, they actually have a few similarities. For instance, both share the same cold and concrete goal of increasing one’s capital and making a profit.
Bitcoin price at an all-time high in December 2020 On December 16, Bitcoin price hit all-time record high. The famous cryptocurrency broke above $20,000.00, an increase of over 170% in 2020. As a knock-on effect, cryptocurrency-related companies’ shares also surged.