Bitcoin price at an all-time high in December 2020 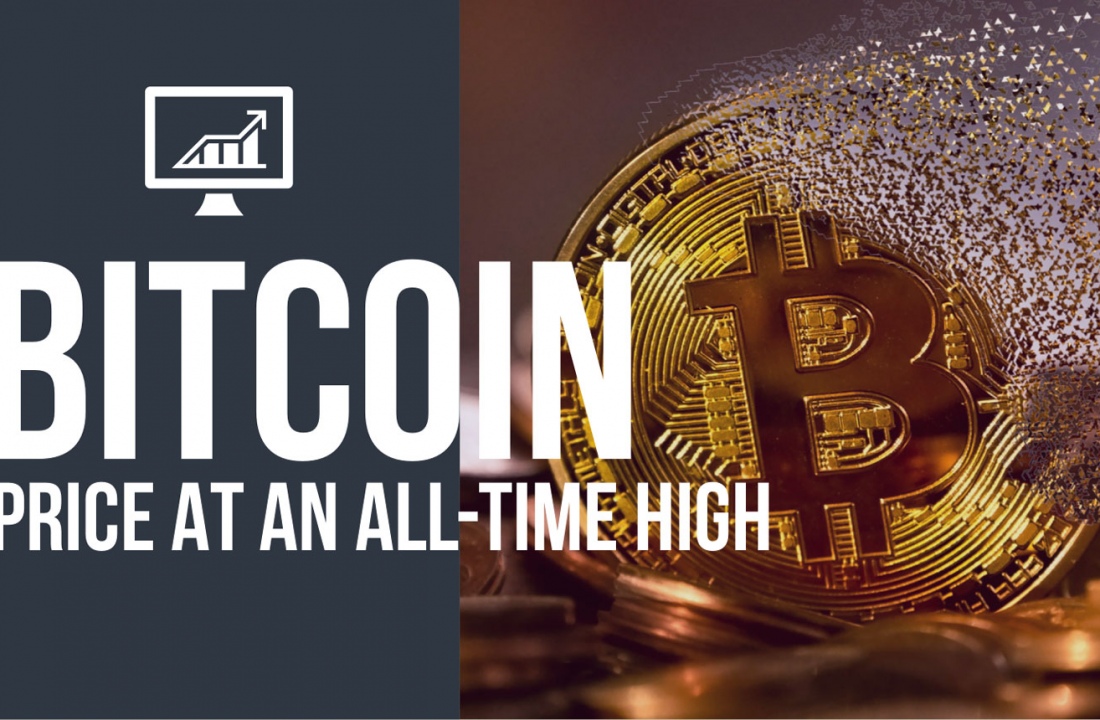 Bitcoin price at an all-time high in December 2020

On December 16, Bitcoin price hit all-time record high. The famous cryptocurrency broke above $20,000.00, an increase of over 170% in 2020. As a knock-on effect, cryptocurrency-related companies’ shares also surged.

Why such an increase?

US Managing Director of the eToro trading platform Guy Hirsch believes that “The moment for Bitcoin has arrived”. From his point of view, the recent rise of Bitcoin is in large part due to its institutional advance, although the cryptocurrency still has a long way to go.

The growing institutional interest in Bitcoin is undoubtedly the main driver of its current rise:

Positive prospects for the future of Bitcoin

The figures listed above could increase massively in the near future. For instance, the Guggenheim Funds Trust recently announced that it would invest over $500 million in the Grayscale Bitcoin Trust, becoming the largest company to date to buy Bitcoin.

“Do I think it’s a durable mechanism that could take the place of gold to a large extent? Yeah, I do, because it’s so much more functional than passing a bar of gold around”.

In some ways, 2020 has turned out to be a good year for Bitcoin's comeback, with central banks pushing lending rates to historically low levels and providing extraordinary stimulus due to the Covid-19 pandemic.

Some well-known investors have said they bought the cryptocurrency as a hedge against central bank and government stocks. Bitcoin ownership remains concentrated in the hands of a small number of investors who were among the early adopters of virtual currency, often against popular opinion.

But in view of recent dramatic gains, mainstream financial firms have sought to capitalise on growing institutional demand, with Fidelity Investments launching a Bitcoin fund earlier this year. PayPal Holdings Inc.'s decision in October to allow customers to use cryptocurrencies also helped make it accessible to an even wider audience.

Necessary precautions when investing in Bitcoin

For Bitcoin and its fans, this new record is a memorable step in a ten-year life cycle marked by episodes of extreme volatility. However, while the cryptocurrency hit a previous high of $19,511 in December 2017 amid widespread excitement, it lost 70% of its value the following year.

Bitcoin remains very volatile, showing daily average variations of 2.7% in 2020 (while the fluctuations in the price of gold over this same period are only 0.9%). This volatility may have been more noticeable around Thanksgiving this year, as Bitcoin almost hit its previous high, then lost $3,000 within two days.

Bitcoin could also encounter some difficulties during its ascent, as mining is increasingly difficult. This difficulty is determined by estimating how difficult it is to create a block compared to the first that was ever mined. Greater difficulty in mining and a decrease in computing power can cause increased transaction costs for users.

Despite this, experts remain optimistic about the evolution of Bitcoin. According to the Winklevos brothers, first Bitcoin investors and founders of the Gemini crypto exchange:

“We think it will be the best performing asset of the current decade [...] Our thesis is that Bitcoin is gold 2.0 and it will disrupt gold. If it does that it has to have a market cap of $9 trillion. So we think bitcoin could price one day at $500,000 a bitcoin.”

If this were the case, Bitcoin would gain over 25 times its current value.

Clear skies ahead for Boeing America's largest aircraft maker Boeing has experienced some turbulence.
Are women better investors than men? Goldman Sachs thinks so. There has always been a lack of diversity in leadership across all industries, and the investment and finance sectors are no exception.