Investing in Bitcoin: pro or con? Big fortunes weigh in 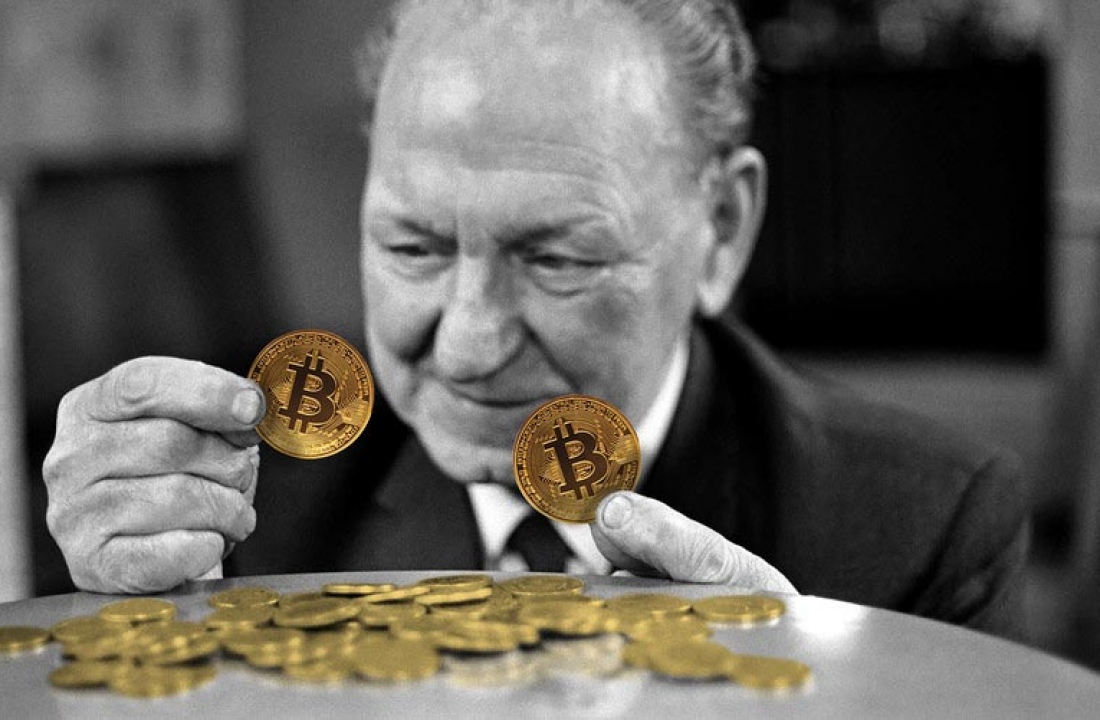 Investing in Bitcoin: pro or con? Big fortunes weigh in

Despite its significant increase in the last quarter of 2017, the value of Bitcoin has since gone down to $6,600 from its record-breaking $20,000.

The unpredictable and volatile nature of digital currencies has caused many to avoid investing while for others, it is the same lack of regulation that has made crypto trading appealing. However, investors and crypto-curious beings are not the only ones with conflicted feelings, major business tycoons also weighed in on the issue.

Investing in cryptocurrencies: a higher risk of loss and fraud

Making his opinion crystal clear on the issue is billionaire investor Warren Buffet who believes that buying Bitcoin is not an investment but speculation, as opposed to investment in property or business assets.

“If you buy something like Bitcoin or some cryptocurrency, you do not have anything that is producing anything. You are just hoping the next guy pays more. And you only feel you will find the next guy to pay more if he thinks he is going to find someone that is going to pay more. You are not investing when you do that, you are speculating.”

While some may argue that the Berkshire Hathaway CEO is out of touch with the digital world and lacks the understanding of Bitcoin and Blockchain in general, his point about digital currencies’ lack of intrinsic value resonates with many financial experts.

Wikipedia founder Jimmy Wales has also made his distrust of blockchain and cryptocurrencies known. In a recent interview with CNBC, he explained that “Blockchain is a super interesting technology but there are a lot of fads going on right now…There are a lot of these initial coin offerings which in my opinion are absolute scams and people should be very wary of things that are going on in that area”.

Of course, concerns over the enhanced risks of loss or fraud inherent to cryptocurrency investments are widespread. The lack of regulation and predictability makes the purchase of these digital currencies unpopular among investors and financial experts, and many countries do not consider them legal currencies.

A lucrative game for those who can afford the gamble

On the other side of the spectrum, CrowdfundX CEO Darren Marble strongly disagrees with Buffet’s perception of crypto trading. “Although Warren Buffet has made the right call on many investments, he is dead wrong on Bitcoin, because he is totally clueless to the technology. How could someone who doesn't use email possibly appreciate Bitcoin? They can’t.” In an effort to back his argument, he made a compelling comparison between Warren Buffet’s company and Bitcoin:

Another advocate for digital currency is billionaire George Soros who is said to be considering crypto trade, though his company has not yet commented on the topic.

Chief Executive Officer Larry Fink has also described himself as a “believer in the potential in what cryptocurrencies can do” in a world where speculation and money laundering have become commonplace, he describes.

An even more surprising supporter of cryptocurrency is Goldman Sachs. One of the world’s leading mainstream banks is seeking to launch a Bitcoin and cryptocurrency platform in the months to come. Such an endorsement of digital currency could spark interest from lukewarm or shy investors.

While there is no right or wrong point of view, as many have benefited and many have lost to cryptocurrency trading, it should be said that the crypto-gamble can definitely be worthwhile. For instance, investment in cryptocurrency’s average return was a whooping 2,908% in 2017 against  9% for hedge funds. In the first quarter of 2018 however, cryptocurrencies lost 52% of their value while hedge funds gained approximately 0.4%.

As with every form of investment, understanding the risks and paying attention to the fluctuations of market value are crucial, and even more so with cryptocurrencies that remain largely misunderstood.

“As long as you can afford to lose everything you put into it, go with it”.

UK economy suffers weakest quarter of GDP growth since 2012 According to Eurostat, quarterly growth in the eurozone is down 0.4% compared with 0.7% in the last quarter of 2017.
Bitcoin Investment: How to Avoid Scams Many things can be said of cryptocurrencies, including that they are an unregulated and unpredictable market. Because of their increase in value over the years, sometimes reaching billions of dollars on the cryptomarket, cryptocurrencies are advertised everywhere, from social media to tube stations.