Brexit referendum: time for a rematch? 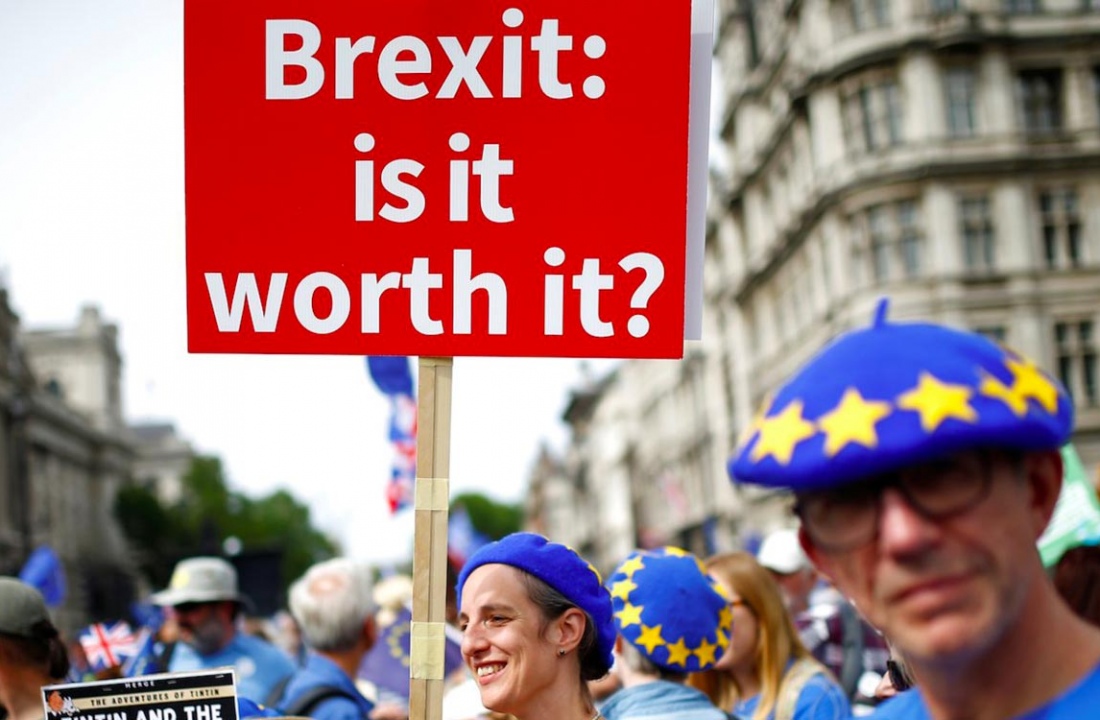 Brexit referendum: time for a rematch?

Two years after UK voters decided to leave the EU, Brexit negotiations seem to be at some sort of deadlock. Yet the country has one certainty: Brexit is going to be a long, painful and expensive process.

This is why, a mere week ago, The Independent appealed to the public through a petition to ask the government for a second referendum. To date, over 500,000 people have signed the petition for a final say on Theresa May’s Brexit deal.

However, the Prime minister herself has assured that

“We are leaving the EU and there is no question of a second referendum or going back and I think that’s important. People in the UK feel very strongly that if we take a decision, then governments should turn not round and say, no, you got that wrong”.

Why the need for a second referendum?

The reason why The Independent, Conservative MP Justine Greening and many other politicians and members of the public are calling for a second referendum is simply because the first was based on speculation and the second one would be on facts. Many argue that a second referendum would allow the population to review their decision, since the Leave campaign broke election law and conveyed false information to sway voters their way. It also seems clear that Brexit is going to make import, export and international business significantly more complicated and costly. Many multinational companies have already threatened to leave the UK, an some already have.

In a nutshell: we know a lot more about the consequences of leaving the EU than we did two or three years ago. Why not encourage a more informed choice?

Another reason why a second referendum may be necessary is that Theresa May’s government cannot, by law, sign a Brexit deal with approval from MPs. From what has transpired in recent weeks, it seems Parliament is prone to reject any deal May comes up with, Labour has imposed conditions that are seemingly impossible to satisfy and even the Conservative party seems to be turning on their leader. All in all, MP approval of May’s Brexit deal is highly unlikely. So how can the government break the stalemate? Simply by involving the UK population in the decision process – once again.

What is so different this time around?

First of all, Brexit is no longer a distant utopian dream (or nightmare). The negotiations that have been ongoing for the past two years have made the UK’s departure from the EU a lot more tangible.

For instance, those who had hoped for and predicted a glorious future for the country have had to come to terms with the reality of Brexit.

The first referendum was the archetype of identity politics, appealing to those nostalgic of a different era and who had not quite got to terms with today’s Britain and its place within the EU and the world. As a result, the voters’ decision to leave the EU did not quite come as a surprise: promises of increased funds for the NHS, tighter immigration restrictions and the satisfaction of a British empire born again. How could we resist? As with most elections, the results of either outcome were a grey area. Which deal with the EU would come of it? What would it mean for the UK’s relationship with the USA and the rest of the world? Would the UK prosper with its own money without relying on EU subventions? Would there be limitations on immigration so as to make the country “a little more British”?

The second referendum would be slightly different. The question no longer is “should the UK leave the EU?” but rather “is the UK happy with May’s Brexit deal?”. This would give the public the opportunity to have their say on the final deal, rather than on the vague and idealistic promises they were given in 2016.

While long-term prospects for post-Brexit Britain are still uncertain, shorter-term Britain is in for a long and difficult journey with little promise for economic and social prosperity. If UK voters vote against Theresa May’s Brexit deal and decide to stay in the EU, it remains to be seen whether the EU is willing to take back the UK.

Bitcoin Investment: How to Avoid Scams Many things can be said of cryptocurrencies, including that they are an unregulated and unpredictable market. Because of their increase in value over the years, sometimes reaching billions of dollars on the cryptomarket, cryptocurrencies are advertised everywhere, from social media to tube stations.
What is a (trading) segregated account? The money, which the trader deposits with the broker, must be deposited in a third-party bank on behalf of the person who deposited the money, separately from other customers.