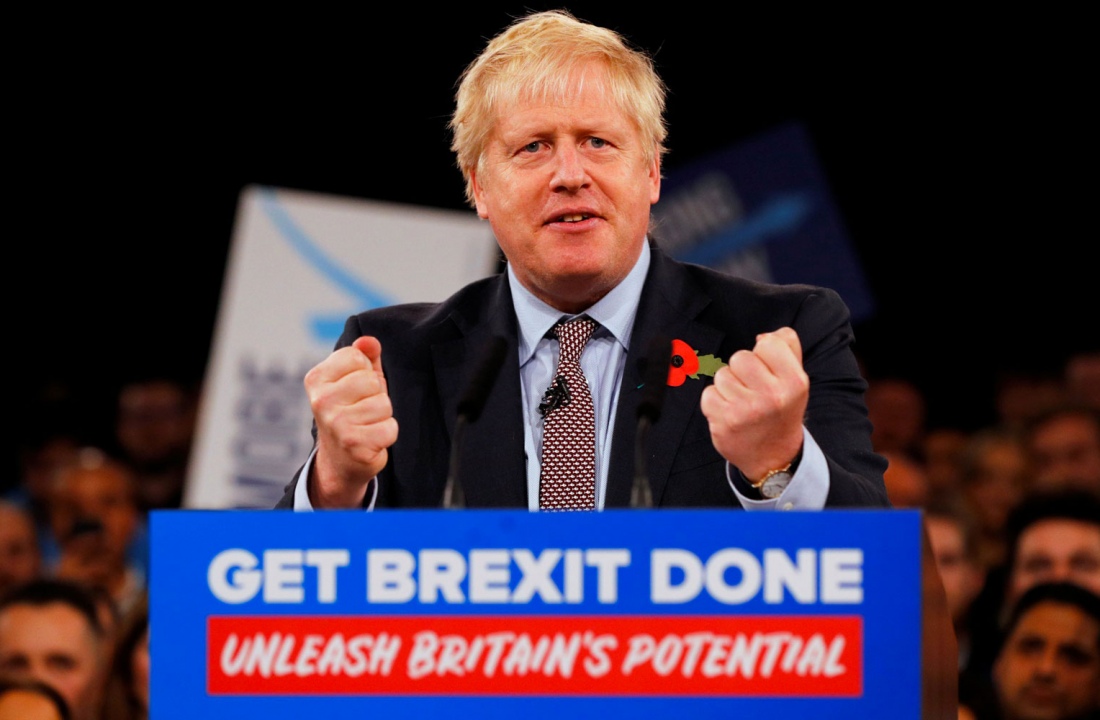 The election results at a glance

The UK parliament has 650 seats of which the Conservatives have gained 66, bringing their count to 365 – a comfortable majority. The Labour party now has 203 seats, losing 42. The Lib Dems have lost 10 out of the 21 seats they had. The SNP now has 48, gaining 13 new seats. The Green Party still has 1 seat and seven parties share the remaining 22 seats. It should be noted that the Brexit Party, surprisingly or not, does not have any seats in Parliament.

While Boris Johnson’s victory may not have come as such a surprise, the Conservatives’ sweeping majority was not a given either. The election was indeed led by two very unpopular party leaders, Conservative Boris Johnson and Labour Jeremy Corbyn. The country has never been so divided and both party leaders have failed to convince the population that their vision was either feasible or beneficial to the country’s future prospects. Boris Johnson is confident his “brand new Brexit deal” gives the UK a bright future. The EU, however, has assured the deal is simply a more detailed version of Theresa May’s deal – which Johnson was deeply against. Jeremy Corbyn still refuses to explain what his stance on Brexit is, choosing instead to back whatever the population votes for. And while this is the beauty of democracy, it can also be its downfall: can your average citizen truly grasp what Brexit entails short and long term?

An election paving the way for Brexit

Boris Johnson’s victory means that Brexit has never seemed so close, nor so real. With the current deadline a mere six weeks away, Boris Johnson does not seem to have much standing in his way to getting “Brexit done”. While the withdrawal deadline has been moved time and time again, it seems highly unlikely it will happen another time. Boris Johnson is set to submit his deal to Parliament this coming Friday, just in time for Christmas.

A major blow for the Labour party and the Lib Dems

While the Labour party’s defeat may not be all that surprising, the extent of its defeat has devastated voters and Labour MPs alike. This is the smallest Labour cohort since 1935; in contrast, the Conservatives have not had such a majority since 1987. The Conservatives managed to secure seats in the North and in the Midlands, traditional heartlands of the Labour party. The Lib Dems have also performed very poorly in the election, with party leader Jo Swinson losing her seat to the SNP and stepping down from Lib Dem leadership. It seems both parties have a fair share of introspection to do while they work on rebuilding their leadership and earning the population’s trust again.

How long will the United Kingdom remain united for?

The Conservatives are not the only victorious party, however. The Scottish National Party has gained many new seats, which means party leader Nicola Sturgeon may champion a new Scottish independence referendum to keep the country in the EU. Similarly, the looming reality of Brexit may bring about changes to Northern Ireland’s relationship to the Republic of Ireland and indeed the UK. While there is nothing to be seriously concerned about yet, the prospect of a divided United Kingdom is probably more devastating than the country’s withdrawal from the European Union.

The issue of the UK’s democratic system

If Brexit has taught us anything, it is that democracy (or the way it is put into practice) can sometimes do exactly the opposite of what it stands for. For instance, the UK general election had six other contenders, namely the Lib Dems, the Brexit Party, the SNP, the DUP, Change UK and Plaid Cymru. Granted, some of these parties are more local than country wide. However, the media coverage seemed to focus on the country’s two “main parties”, not giving the other parties much of a chance of getting their message across and earning more seats in Parliament. In contrast, our French neighbour has a strict policy to grant each party equal coverage in the weeks leading up to a presidential election.

There is also the issue that many people and politicians alike have campaigned for a People’s Vote, rather than a general election or (worse) no election at all. However, a second referendum has often been ruled out for being anti-democratic as it undermines the first. This argument does not seem to apply to our two recent Prime Ministers who submitted identical Brexit deals to Parliament multiple times. Nearly four years on from the first referendum, many MPs seem intent on following through on the “will of the people”, even though it may have changed since 2016. After all, isn’t that why we hold general elections every five years?

Also, if we set aside the fact that the Leave campaign was somewhat fishy and that both Leave and Remain were guilty of scaremongering, it does not seem unreasonable that the population would have a final say on such an important deal, now that Brexit is no longer a distant fantasy.

Where to invest your money in 2020? As the end of the year approaches, it is time (as every year!) to take stock of the current year and to look forward to the next.
Starting out on the stock market: Chronicle of an amateur trader Let me introduce myself, my name is Thomas. I am what you can call a novice, a padawan or a young trading wolf.