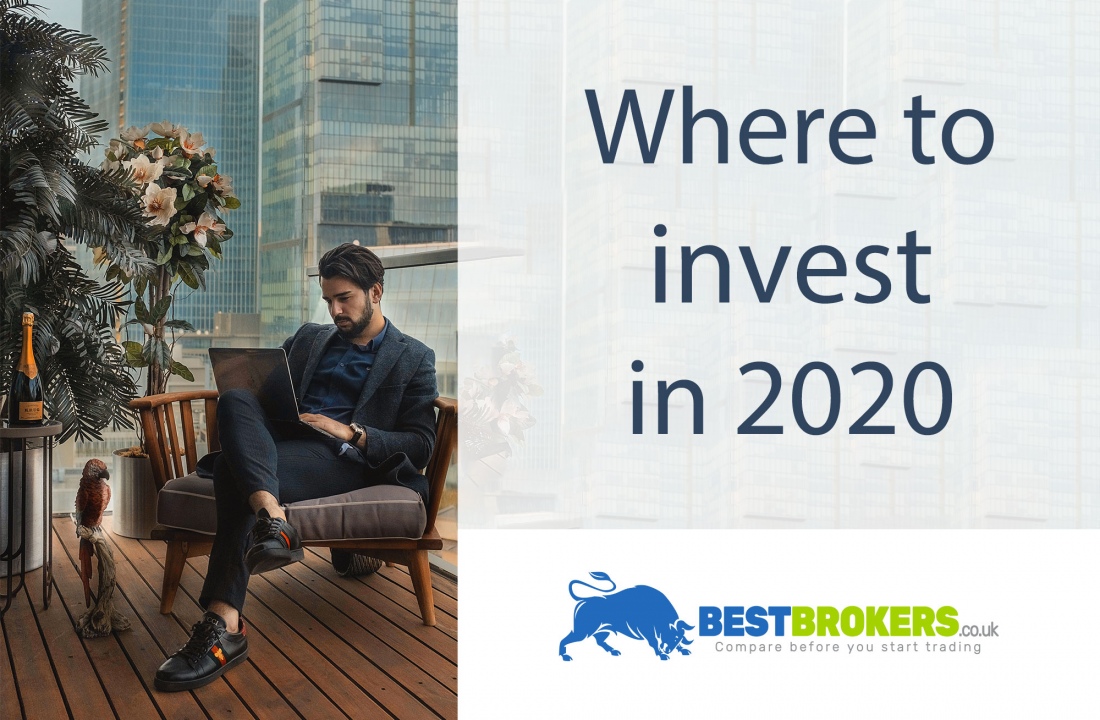 As the end of the year approaches, it is time (as every year!) to take stock of the current year and to look forward to the next. What to do with your current portfolio? Did it perform well in 2019? If not, why? What were the best investments and the best trades? Will we keep the same allocation, the same investments? Are we going to have to choose: sell investments or funds in order to buy others?

So many questions that must be asked now in order to be ready for 2020.

These four themes do not have much in common, if not a trend that draws attention: exchange-traded funds based on these themes all recorded notable gains in 2019, ranking among the best ETFs of the year.

Despite poor data and disturbing forecasts for China's growth prospects from leading economic bodies such as the International Monetary Fund – which cited the uncertainties surrounding trade and "other geopolitical forces" to justify its stifled forecasts – there is a chance that Chinese consumers are not in such a difficult situation.

In terms of renewable energies, solar energy pulls out skilfully while the going is good, and the tendency does not seem to be slowing down. Same goes for semiconductors, which have been progressing vigorously for years. Finally, the real estate sector is doing well, if housing construction funds are anything to go by.

In addition to these successful themes which should continue their evolution in 2020, here are other interesting ones.

After a difficult period, emerging markets seem to be on the verge of steep progress. Not so much China, whose growth is stagnating, but the emerging ones in general, which could have a good year in 2020.

At the sectoral level, the banking and health sectors seem well positioned. After a rather difficult few years, the banking sector, which is globally weakly valued, should be able to progress nicely in 2020, unless other scandals arise and they have to make do with low rates... In the health sector, nothing very spectacular in sight, if only the ever-increasing interest in this sector and associated global issues from investors.

Finally, how can we not mention artificial intelligence? This future-oriented theme should continue to please investors for many years to come and why not from 2020...

What about politics in all of this?

For investors, the 2020 US election is very stressful. Among the underlying questions are a trade war, unpredictable policy changes, wealth and investment taxes, new banking regulations and limits to oil drilling.

Most strategists think it is too early for their portfolios to consider electoral risks, but they also believe investors should not completely ignore politics. There are ways to prepare for the coming year, if only because the market is likely to overreact to polls and early polls.

One thing is clear: political risk has rarely been such an important topic for investors and corporate executives, and it will not go away.

Political polarization is one of the reasons for this great uncertainty. In the past, economic policy tended to be developed by more moderate members of Congress. Fiscal policy has therefore caused fewer earthquakes in the market. Democrats have often done "republican" things, and vice versa. Bill Clinton balanced budgets, while George W. Bush extended the benefits of prescription drugs to seniors. The current climate offers few examples of bipartisanship.

For traders playing on the headlines, one option (probably the smartest one at this point) is to avoid political prognostics and focus on real politics.

This means investing in actions that can benefit from policy changes already in place or about to happen in the near future, such as increased spending on state infrastructure, legalisation of sports games, higher demands on ethanol or higher standards for fuels.

Some analysts are particularly focused on investments in healthcare, given the vulnerability of this sector to new government regulations.

Compared to bonds, equities still seem inexpensive. The sharp fall in interest rates and the absence of alternatives could lead investors to stocks, resulting in repricing.

However, low rates give a grim sign of growth, geopolitical uncertainties are expected to increase risk premiums and earnings estimates pose downside risks.

Retaining the overweight in Europe seems to be a good idea as investors have abandoned the region and the ECB should continue the stimulus that started in September quite significantly.

Japan, for its part, is quite trivial.

The main risks facing the markets globally are the prolonged weakness of the manufacturing industry and European policy.

However, several factors suggest that the market will be higher in a year than it is today, especially in the United States.

As is the case in virtually all market environments, it may now seem wise to invest little by little in order to average the unit cost of investments. Stylistically, growth stocks still seem expensive compared to "value" stocks, but they are not as expensive as they were at the peak of 2000. In fact, if there is a bubble, it is in defensive stocks such as utilities and consumer staples. Investors pay very high multiples for relative "security" and nothing for cyclicality.

Why are investors flocking to Palladium? Palladium is one of the top four precious metals (alongside gold, silver and platinum) and its price has recently reached a record high.
UK general election: what happened and what does it mean for Brexit Labour leader Jeremy Corbyn had long waited for it, Conservative PM Boris Johnson enabled it in an effort to break the Brexit deadlock: UK voters headed to the polls on Thursday, December 12 for the second general election since the Brexit referendum.