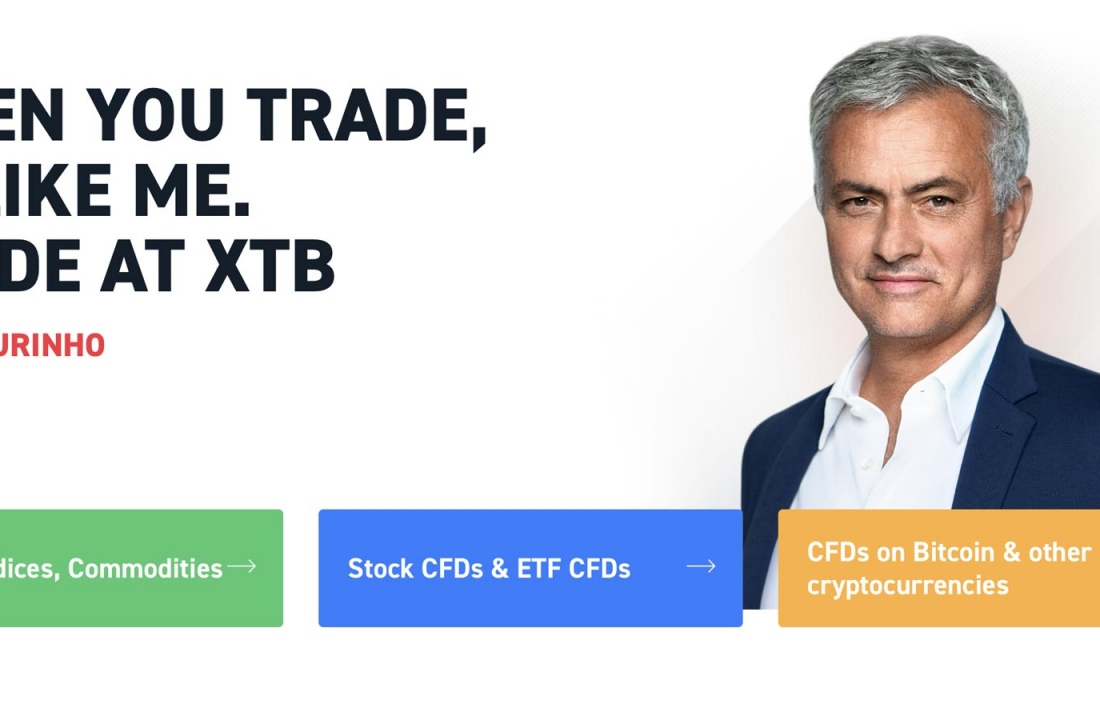 For the next two years, José Mourinho will be one of the faces representing online brokerage company XTB. If his name sounds familiar, it is because Mourinho is a famous Portuguese football manager who has coached great European teams. He is currently the head of Tottenham Hotspur Football Club.

José Mourinho, an iconic figure in the world of football

Mourinho's career began as a player for the Portuguese team. He later became a coach and it was his approach to sports management that made him stand out internationally. He has since coached major European football clubs such as Manchester United, Porto, Chelsea, Inter Milan, and Real Madrid. Under his management, these clubs have encountered great success both nationally and internationally. José Mourinho as partner and representative was an obvious choice for XTB.

XTB provides traders with two state-of-the-art platforms: xStation5 and MT4. Through these platforms, users can trade Forex, CFDS, indices, stocks and more, on various international markets. XTB has over fifteen years’ experience and is one of the leaders on the online trading market. The company has always promoted its three pillars: technology, trust and customer support. Nowadays, XTB’s ambition is to make xStation one of the most secure and innovative platforms on the market. Their goal is also to support their clients on their way to becoming better investors. With this is mind, their customer service operates 24 hours a day, 5 days a week, in addition to which the company offers an extensive library of educational materials. It contains videos, webinars and courses suitable for investors of all levels. Training and support are therefore at the heart of the online broker's strategy.

A partnership based on common values

“I am very happy to announce our collaboration with José Mourinho, who is not only an extraordinary name in the world of sport, but also the symbol of a manager who has built his success on both strategy and mental strength", declared XTB CEO Omar Arnaout.

Omar Arnaout is confident that Mourinho's story aligns perfectly with XTB’s values and strategy, and that both are united in their drive to succeed. Like a coach helping his team become the best players they can be, XTB helps their clients become better investors, through stellar service and technology. This partnership is also an opportunity for José Mourinho to share his experience with XTB’s 200,000 customers worldwide.

By signing a partnership with José Mourinho, XTB thus reinforces its desire to support its clients in becoming the best in the field of online trading – just as José supports his players on the field.

John McAfee arrested on tax evasion charges Antivirus creator John McAfee has been arrested in Spain for tax evasion. He now faces extradition to the United States where he was charged. John McAfee has not publicly commented on these charges but, if found guilty, risks a prison sentence of up to 30 years.
Joe Biden victory: which consequences for the markets? The US elections are taking place in a couple of weeks and both candidates have polar opposite policies.