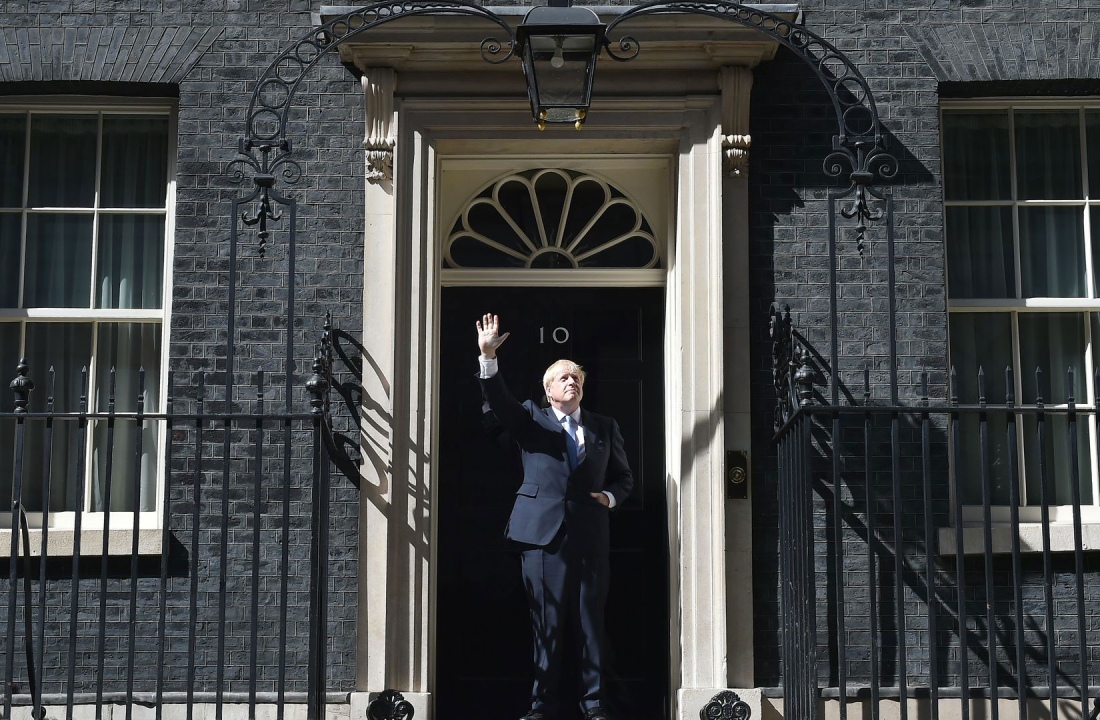 During his victory speech, Johnson thanked Theresa May, saying it had been "a privilege to serve in her cabinet" and pledged to “deliver Brexit, unite the country, defeat Jeremy Corbyn and energize the country”. Otherwise known as Johnson’s “dude” policy.

Runner-up Jeremy Hunt congratulated Boris Johnson on his victory and said he is confident his opponent will be a “great prime minister”. He said Boris Johnson “has got optimism, enthusiasm, puts a smile on people's faces and he has total unshakable confidence in our amazing country”. When asked about a no-deal scenario, Hunt replied that “the EU does wants to find a deal. If we approach this in the right way, as I am sure that Boris will, then I think there’s every chance that we could do a deal. What is not out for negotiations is the fact of Brexit itself, us leaving the European Union.”

However, not everybody is confident about the country’s prospects under Boris Johnson’s rule, regardless of what Hunt views as his most redeeming qualities. Boris Johnson’s stance on a no-deal Brexit has even led to several resignations. Among these, Education minister Anne Milton, International development secretary Rory Stewart, Justice secretary David Gauke, Chancellor Philip Hammond, Foreign office minister Sir Alan Duncan and Culture minister Margot James.

So, what can we make of our new Prime Minister? What can we expect about Brexit? How committed is he to delivering a withdrawal agreement that somewhat benefits the entire population rather than just its 1%?

It is slightly anxiety-inducing that someone who once said that “it is more likely that I will be reincarnated as an olive, locked in a disused fridge, decapitated by a flying frisbee” when asked about his chances of becoming Prime Minister has in fact become just that. And not only the UK’s Prime Minister, but the figure that will be responsible for the sensitive task of withdrawing the country from the European Union.

For some months now, Boris Johnson has been adamant that the UK would leave the EU as scheduled on 31 October 2019 “come what may, do or die”. Although he says the odds of a no-deal Brexit are “a million to one against”, he accepts this scenario should the EU and the UK fail to reach an agreement by then. This has left many MPs, including conservative members of the government, in turmoil. It seems, then, that Brexit and the government are still in troubled waters.

Will a general election prevent Johnson from leading the country through Brexit?

As could have been predicted, the Labour party has called for a general election and is organizing a protest outside Parliament this Thursday.

"Tory incompetence has led to a deadlocked Parliament, a deeply divided country, and a government led by a man decided by just 160,000 Tory members. We need a General Election, and Parliament is where we’ll pile on the pressure. Will you be there?"

Johnson, however, has said he does not intend to call for a general election until Brexit’s Halloween deadline.

As has been the case since 2016, the future of the country hangs in the balance. It is still impossible to know for sure if, when and how Brexit will happen. Will Boris Johnson finally make Brexit a reality? Will a general election see someone else take over as prime minister? Will they go through with Brexit and how?

Although we can be fairly certain that the country will leave the EU by 31 October 2019 if Boris Johnson remains PM during that time, the deal or no-deal conundrum is still a source of concern. It does seem reassuring that Boris Johnson has been vocal about wanting the UK to leave the EU with a deal. However, he does seem more at peace with a no-deal scenario than was his predecessor Theresa May.

Trading: the 10 beginner’s mistakes you need to avoid! Just like any activity, getting the hang of trading takes time. Trading blind, with no knowledge, can make a nasty dent in your savings.
XM launches new platform Trading.com XM has recently launched its new online trading site, Trading.com. Customers of its UK-regulated entity became the first to enjoy the platform and all its new features when they were switched over to the new Trading.com website last month.